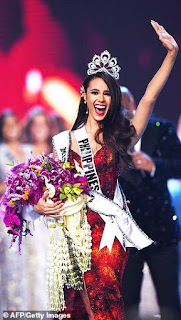 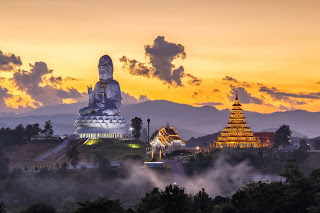 Over the pageant’s 67-year history, Bangkok has hosted MISS UNIVERSE® in 1992 and 2005, with representatives of Thailand also capturing the crown twice in 1965 and 1988. This year, TPN 2018 Co. will host the 2018 MISS UNIVERSE® and support in organizing the competition in Thailand.

Bangkok, Thailand - Known for tropical beaches and pristine islands, sprawling metropolitan and lavish royal palaces, ancient ruins and lavish temples, Thailand’s colorful history, and unique culture is home to one of Miss Universe’s most passionate fan bases. Bangkok, the country’s most populous capital city, is one of the most popular international tourist destinations. Bangkok and the country of Thailand will host the Miss Universe representatives who will also have the opportunity to travel throughout the country and experience different “Go Local” points of interest.

You can watch the three-hour LIVE event Sunday, December 16that 7:00 PM ET on FOX (US). Guess who’s back? Five-time EMMY® award-winner Steve Harvey is set to host on the global stage. 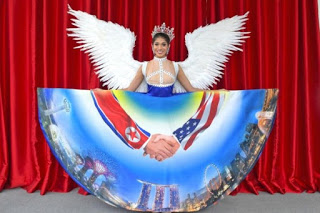 MUS 2018 Zahra Khanum's costume features a digital print of a handshake - 1 arm features the North Korean flag & the other the American flag, over the Singapore skyline


On June 12, President Trump held a summit with North Korea’s Kim Jong Un in Singapore. The meeting — the first between the two countries’ heads of state — was honored before it even happened with a commemorative coin for sale in the White House Gift Shop (current price: $100).

Now, the event will be commemorated again — when Singapore’s entrant in the 2018 Miss Universe pageant next month wears a dress bearing a giant digital image of Trump and Kim shaking hands.

Zahra Khanum, 24, will show off the dress at the contest (which, incidentally, was owned by Trump between 1996 and 2015) in Bangkok on Dec. 17. Speaking to Singapore’s New Paper, Khanum said the dress “represents something we all need, which is to promote a sense of unity and friendship, rather than hatred and anger.”

A look at some past Miss Universe Singapore national costumes: Which is your favourite? 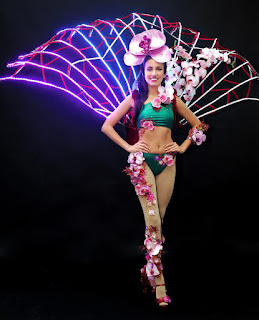 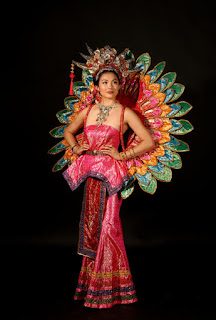 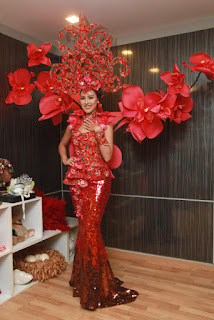 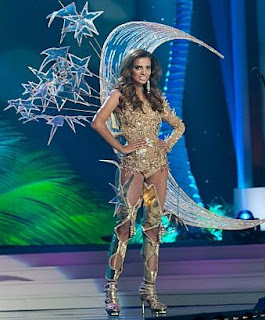 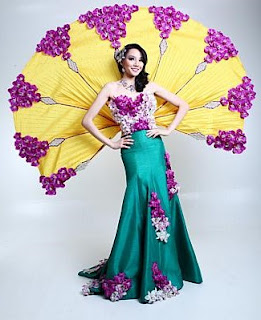 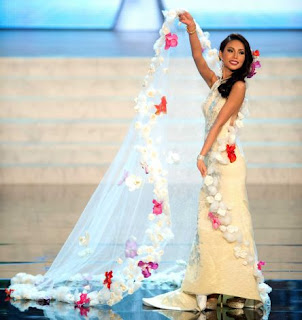 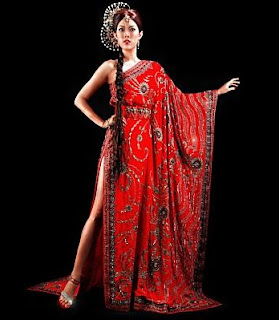 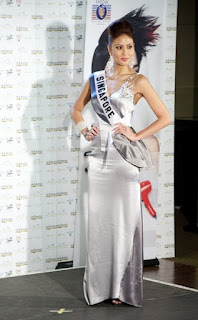 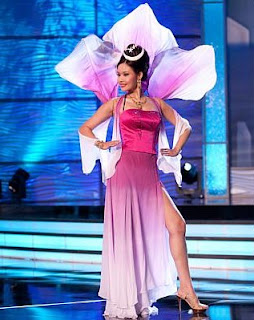 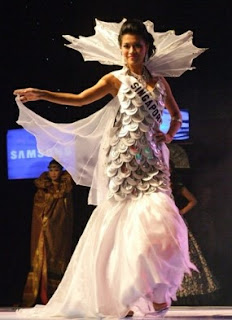 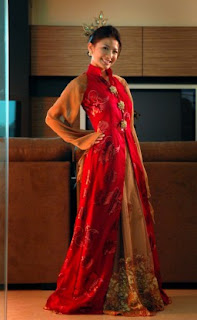 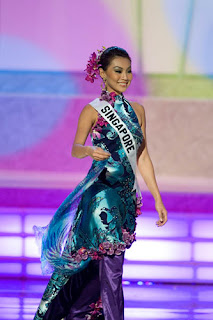 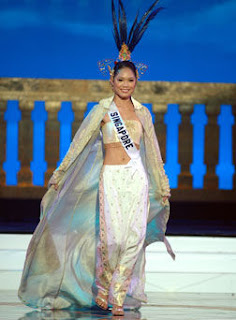 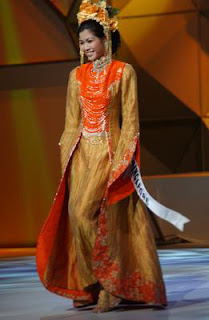 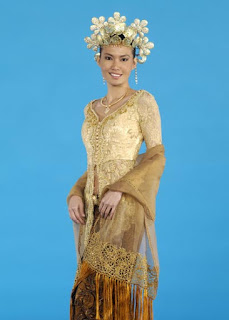 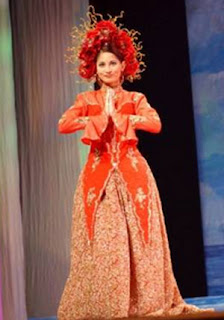 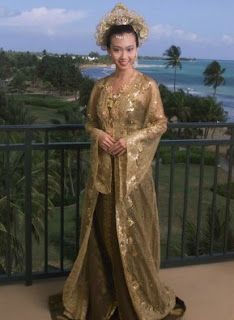 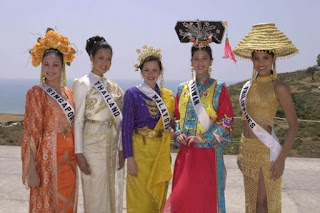 Miss Universe Singapore 2000, Eunice Olsen
Posted by Under The Angsana Tree at 10:36