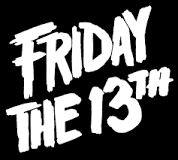 How often does the 13th day of a month fall on a Friday. Between years 2010 and 2020 this occurs 20 times:
Friday the 13th is believed to be an unlucky day in many countries, but a lucky one in others 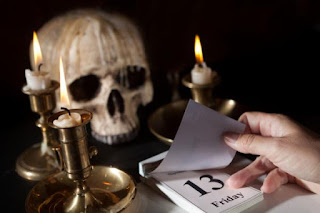 Black cats and Friday the 13th are considered unlucky by many


What do People do? - For most people who consider Friday 13th unlucky, it is more a question of what they avoid doing, rather than what they do on this day. The fear of Friday the 13th is called friggatriskaidekaphobia - "Frigg" is the Norse goddess whom Friday is named after and "triskaidekaphobia" means the fear of "13". It's also known as paraskevidekatriaphobia, partly from the Greek word for Friday.
Truly Frightening - It is a real fear - some people who have this disorder are even too afraid to say the words “Friday the 13th”. Others avoid flying on a plane, going to work, or even getting out of bed. According to the Stress Management Center and Phobia Institute in Asheville, North Carolina, millions of Americans are afraid of Friday the 13th. Symptoms of this fear range from mild anxiety and a nagging sense of doom to full-blown panic attacks.
August the Worst - In Brazil, Friday 13 in August is considered unluckier than any other Friday 13, especially as agosto (August) rhymes with desgosto (sorrow). Some charities use Friday 13 for fund raising events. At Port Dover in Ontario, Canada, there is a big celebration for motorcyclistscalled PD13, which attracts large crowds. Other choose to have parties with unlucky or creepy themes similar to Halloween.
Famous Horror Film - “Friday the 13th” is also the name of a commercially successful Hollywood movie series. An image of a hockey mask donned by the film's character Jason is often associated with the film. In many Spanish speaking countries, Friday 13th is a lucky day. In fact, the Spanish edition of “Friday the 13th” was renamed “Tuesday the 13th” (“Martes 13”), because this is believed to be the unluckiest day of the year. It is also a common belief that Friday 13 is a particularly lucky day for children to be born.
Super Lucky - Some people have won millions of dollars in lotteries on Friday 13. According to CNN.com, one British couple won $17 million after buying their lottery ticket on Friday 13. The same day, their mirror at home fell and broke, which according to superstition leads to seven years of bad luck.
Judas - 13th guest at Last Supper: Some say that the concept of Friday and the number 13 being unlucky may be linked to stories from the Bible. For example, Judas Iscariot, the apostle who betrayed Jesus, has been labelled "the 13th guest" at the Last Supper. Other biblical events that supposedly occurred on a Friday, include the great flood during the time of Noah, the confusion of languages at the Tower of Babel, the day Eve tempted Adam with the apple, and Good Friday, the day Jesus was crucified. On Friday 13, October 1307, a warrant was issued for the Knights Templar to be arrested. Masses of Templars were tortured or executed.
Loke – Norse Party Crasher: The superstition surrounding Friday 13 could also be linked to Norse mythology. According to one legend, 12 gods were at a banquet at Valhalla when Loke, the demi god of mischief who was not invited, turned up, bringing the total number of guests to 13. He was responsible for the chaos that led to the death of one of the good gods – Balder – so all the gods grieved.
Egyptian Afterlife - The ancient Egyptians thought the number 13 was lucky because they believed that the 13th stage of life was related to the afterlife. After the decline of the ancient Egyptian civilization, the number 13 was still associated with death and fear.
Symbols - Some people believe that the number 13 and black cats, which are associated with Friday 13, are symbols of femininity.
read more
Posted by Under The Angsana Tree at 13:13