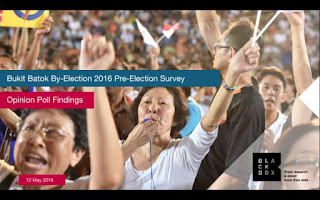 Blackbox offers some exclusive insights from the Bukit Batok by-election. In the days leading up to last Saturday’s by-election we polled over 300 residents and examined their voting intentions and the factors influencing their choice.

Our results showed a swing to a similar magnitude as was recorded on voting day and how the contest was always going to be a tough one for the SDP to try and win (in all likelihood, this was never on the cards). Saying that, the decision by the SDP to nominate leader as the candidate clearly captured the interest of Bukit Batok voters and provided a platform for the party to showcase its own evolution since GE2015 . At the same time, the PAP appeared to use its firepower to full effect in order to avoid another calamitous by-election result. 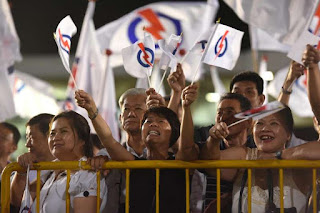 Last September's election was won by the People's Action Party (PAP) well before the campaign began, polling company Blackbox Research said yesterday at a discussion on opinion polls and sentiment towards the Government.

It noted that while there was some public unhappiness in 2013 due to the Population White Paper and public transport breakdowns, policy shifts from 2014 helped win Singaporeans over again.


And the death of first prime minister Mr Lee Kuan Yew last March led to a significant uptick in support for the PAP, its polls found.

With all the professionals that it has, did SDP misread the Blackbox poll? 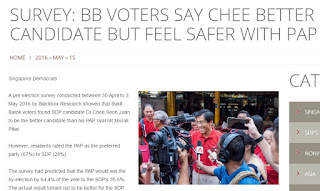 Blackbox Research, a Singapore-based communications and content-research agency, conducted a telephone survey in Bukit Batok between 30 Apr and 3 May to gauge how Bukit Batok voters were feeling about the By-Election. Their poll suggested that PAP would win the by-election by getting 64.4 percent of the vote. The PAP’s eventual victory at 61.2 percent was within the poll’s error margin of -/+ 5.6 percent.

The poll said that of the 33 percent who participated in the telephone poll said that they would vote for SDP (or were leaning towards voting for it), because they felt that SDP’s candidate Dr Chee Soon Juan was a better candidate than the PAP’s Murali Pillai.

And that 67 percent who participated in the telephone poll said that they would vote for PAP (or were leaning towards voting for it) because they prefer or trust PAP more.

The Bukit Batok by-election was Dr Chee Soon Juan’s to lose, and this pre-election survey done by Blackbox Research shows that the PAP and its “unknown” candidate Murali Pillai were both more highly regarded than the SDP and its leader, Dr Chee Soon Juan.

Blackbox Research’s prediction of a 64.4 percent win for the PAP in Bukit Batok was fairly acurate.

​SURVEY: HIGHER % OF SDP VOTERS IN BB SAY CHEE BETTER CANDIDATE THAN THOSE ROOTING FOR MURALI 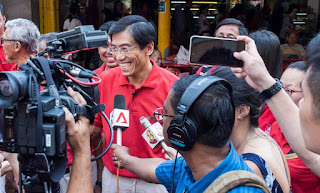 A pre-election survey conducted between 30 April to 3 May 2016 by Blackbox Research showed that SDP voters or those leaning towards SDP found Dr Chee Soon Juan to be the better candidate (33%) than those voting for the PAP (29%) who indicated that Mr Murali Pillai was the better candidate.

However, residents who indicated that they were inclined towards voting for the PAP rated the PAP as the preferred party (67%) to SDP (28%). 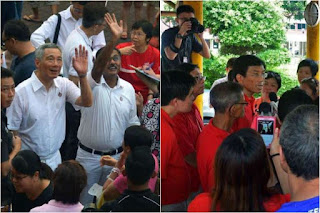 With a restful past week, I have had the opportunity to reflect on the eventful election at Bukit Batok. In the midst of the many developments during the campaign, a clear pattern emerged: While the SDP focused on running a positive and forward-looking campaign, for which we take much pride, our opponents came with a different game-plan.

The PAP’s strategy was clear: envenom the nine-day campaign with as much vitriol as possible with facts sent to the mortuary.

It started off with the Chinese-language nightly, Lianhe Wanbao, which published an interview it did with me. The headlines screamed: CHEE PROUD OF HIS ‘WILD AND COLOURFUL PAST’. The not-so-small problem was that I did not say any of those words.

Leading up to the Bukit Batok by-election that was held on 7 May, independent research firm Blackbox conducted a series of telephone interviews that revealed the sentiments of voters across the SMC.

While People's Action Party (PAP) candidate Murali Pillai won the Bukit Batok SMC seat by 61.2%, the Singapore Democratic Party's (SDP) Chee Soon Juan captured the votes of 38.8% of residents, the highest ever for SDP in Bukit Batok. The telephone interviews conducted by Blackbox during the lead up to Polling Day gave similar results.


Reflections on the Bukit Batok by-election

PAP’s K. Muralidharan Pillai has won in Bukit Batok, as was predicted by most political observers. However, a large part of his win can be attributed to party leaders vigorously campaigning for him. PM Lee, DPM Tharman, Minister Shanmugam, Minister Grace Fu, Speaker of Parliament Halimah Yacob, Minister of State Desmond Lee, Mayor Low Yen Ling and several others were involved in his campaign. He was not his own man during the by-election and thus the onus is on him to build bonds with residents and prove his worth in parliament over the next 4 years. Bukit Batok residents voted for the party brand instead of going for something new. Nevertheless, it is hoped that he will contribute more in parliament than the previous MP, David Ong.

The by-election also destroyed the myth that minority candidates will lose in a Chinese majority SMC when faced with a Chinese candidate, and thus the rationale for GRCs is nonsense. It is just a convenient way to get weak PAP candidates into parliament. The government should therefore reduce the number of GRCs and increase the number of SMCs to at least 20 at the next general election.

Another issue of concern is the unprofessional conduct of the SPP chairman, Lina Chiam during this by-election period. She chose to attack Dr Chee and SDP during the by-election period over a frivolous issue of a photo of Dr Chee and Mr Chiam appearing in the 2015 SDP magazine. She claimed that the photo was used without permission. Rather than keep quiet after raising the issue, Mrs Chiam continued to harp on it. Just before cooling off day, she also took issue with how the article in magazine described the meeting with Mr Chiam in 2010. She was unhappy that back then, SDP only offered to make Mr Chiam a honorary chairman and not the leader.

3 reasons why Murali won the by-election, and what his future looks like in Bukit Batok 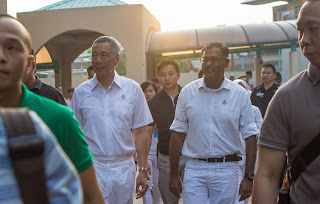 Murali’s 16 years in Bukit Batok, which he used to his advantage:

The humble, endearing narrative versus the brave, unrelenting attitude:

5 factors that worked in PAP's favour 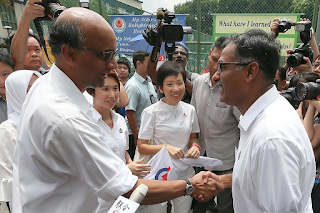 The People's Action Party (PAP) candidate Murali Pillai on Sat (May 7) repaid his party's faith in him by winning the Bukit Batok by-election.

Mr Murali defeated Singapore Democratic Party (SDP) chief Chee Soon Juan with 61.2% of the vote share. This was a nearly 12% point drop from the 2015 General Election when the PAP won 73% in the single-seat ward.

Then again, political observers have pointed out that Mr Murali faced some challenges, including the 'by-election effect', the circumstances in which his predecessor David Ong quit (an alleged extramarital affair) and how he was a minority candidate.
related: 7 issues that stood out

The much-trumpeted "by-election" effect failed to work its magic for the opposition this time round.

After losing 2 previous by-elections, the People's Action Party (PAP) won Bukit Batok with 61.2 per cent of the vote on May 7.

Observers believe that in a by-election, voters are more willing to support the opposition as there is no danger of inadvertently voting the Government out of power.


PAP's winning strategy
Character important gauge of ability to lead and serve
PAP’s takeaways from the Bukit Batok by-election victory
A boost or a blow for SDP?
'Ground game' evolving 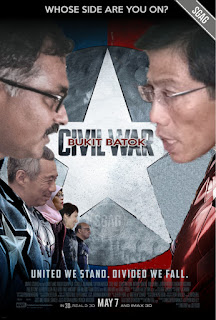