Catfight on Orchard Road as large crowd watches on 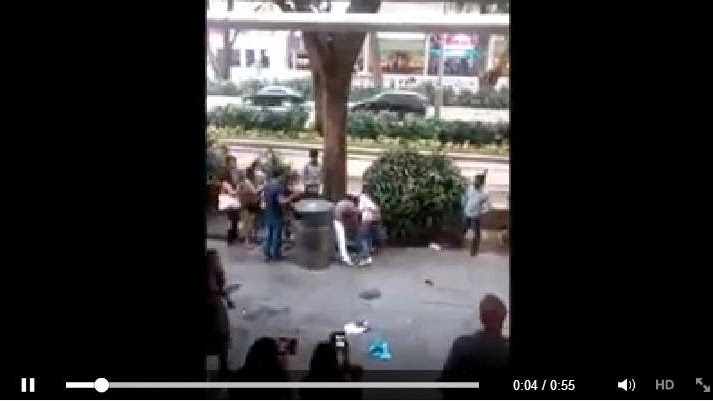 Two pinoy maids cat-fighting in the middle of Orchard road 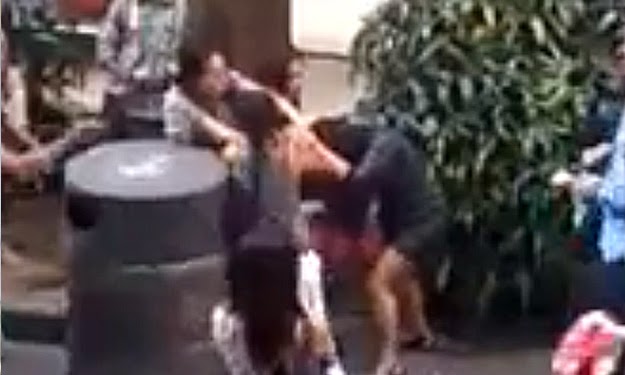 Two women were seen fighting in public along Orchard Road, with a huge crowd of people gathering to watch the ongoing tussle.

In a video posted by All Singapore Stuff on Facebook, a large number of people were armed with their mobile phones and cameras and were seen snapping away as the fight played out.

It is unclear what sparked the disagreement, but a number of Facebook users had speculated that it could have been a quarrel over a lover.

related: Vicious catfight breaks out on Orchard Rd -- as large crowd watches on 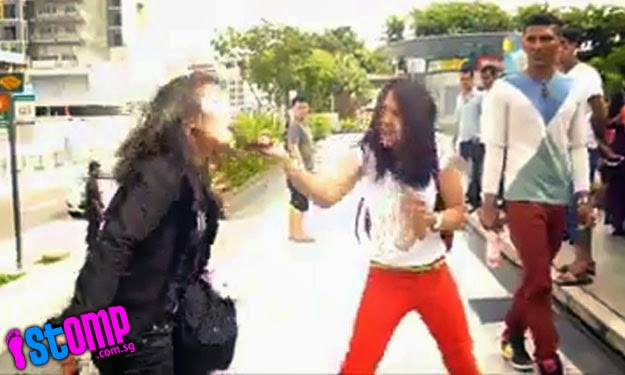 Two domestic helpers were seen fighting with each other outside the SingPost Centre last Sunday ( 1 Sep), supposedly over a Bangladeshi man.

STOMPer Francis, who came across a video of the incident, said that the fight was apparently over photos found in the man's mobile phone.


"Are these two Indonesia maids here to work or fight over a Bangladeshi man? 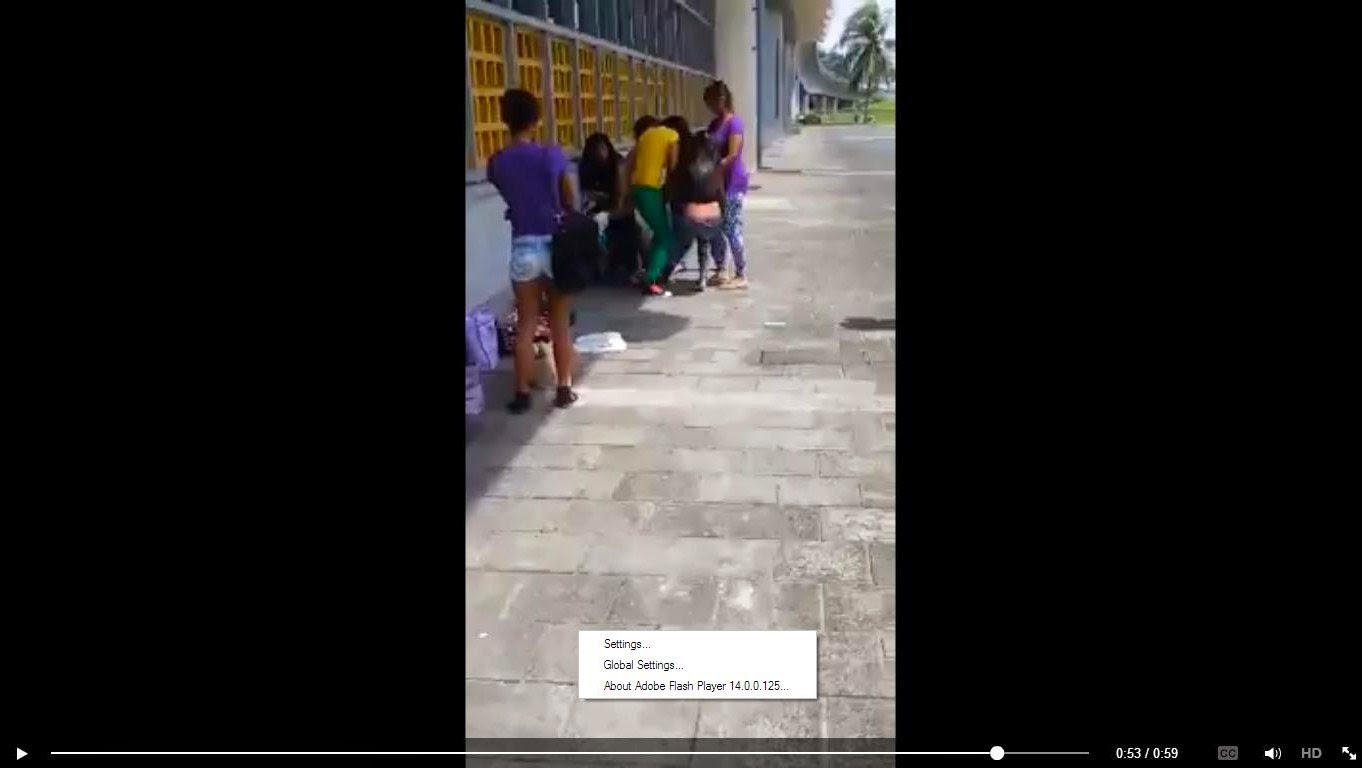 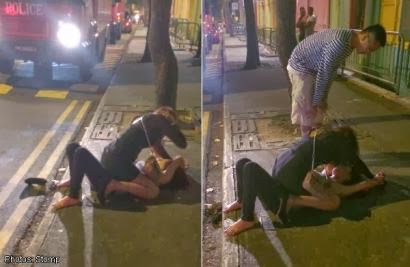 Two women were spotted fighting outside a club in Clarke Quay, with one pinning down the other, despite the presence of a police vehicle nearby.

Pictures of the incident had been uploaded onto a blog online by a netizen, who said the two women seemed like Mongolians.

The photos have also been making the rounds on various social media sites such as Facebook, as well as local forums.

Two men fight outside Subordinate Courts as woman joins in

Shirts were torn, faces scratched and a shopping bag swung when two men and a woman fought outside the Subordinate Courts on Thursday

As the men exchanged blows, the woman also joined in for good measure. Her weapon of choice — a shopping bag that she swung at one of the men who had earlier confronted her.

It took about 10 security personnel and police officers another 10 minutes to calm them down and send them on their way.

A Subordinate Courts spokesman said the parties were in court to attend a hearing for an application for leave to appeal to the High Court in a Small Claims Tribunals case. The application was denied. 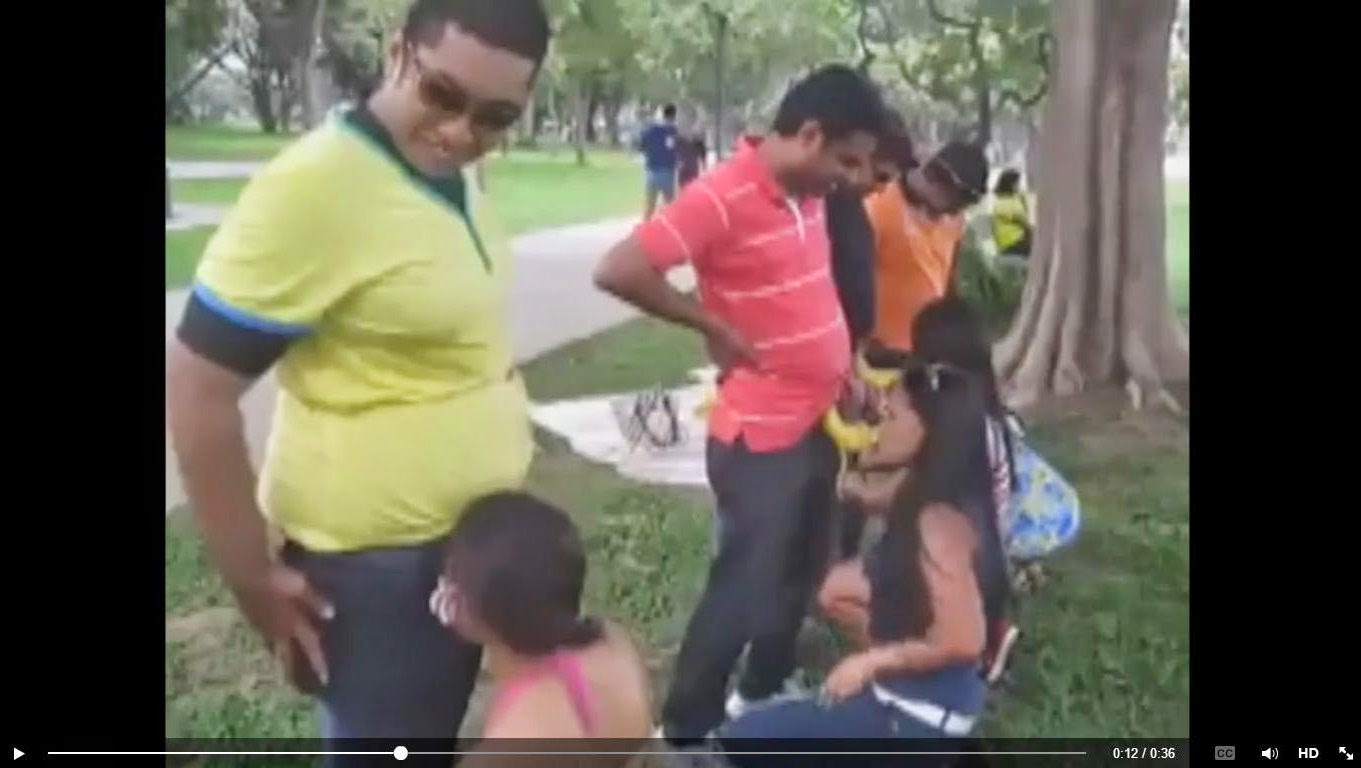 related:
Spate of maid abuse cases
Maid abuse? What about the reverse?
Jailed For Abuse Of Maid
Maids And Murders
Buy a discount maid at Singapore's malls
Street Fights Vs Lewd Games

Do 'maid cameras' cross the line?
From 49kg to 29kg in 15 months
Indonesian maid allegedly killed 1-yr-old baby under her care
Maid tossing items out of a window

Posted by Under The Angsana Tree at 00:47