Why do people hate Singapore?

I’ve read all the answers here and I’d just like to give my opinion on this, as a “foreign talent” as an “angmoh” and as someone who grew up in England, eventually moved to the US for my PhD, and then chose to raise my family in Singapore.

As a person who grew up in the west, there’s nothing that gives more credence to the phrase “the grass is greener on the other side” than when a caucasian chooses to move to a predominantly asian country. It gives me great pride to say that I could somehow travel 10 years back in time to that moment I made this decision to move to Singapore with my wife and 5 month old boy, I will choose Singapore again in a heartbeat.

Singapore is an amazing country. That sentence is perhaps more of an understatement than any of the understatements in history, because although many Singaporeans like to rant about its imperfections, Singapore is the closest you can get to a near perfectly run country. I’m saying this objectively, because amid all the freedom, the welfare, the “quality of life” that Singaporeans seem to admire about Scandinavian countries, or for some odd reason, the US and the UK, I sincerely doubt that any person with the desire to be in a competitive, fast-paced, ultra modern, yet clean, safe and economically solvent country would have any other options other than Singapore.

Reply to Quora answer to “Why do people hate Singapore?” 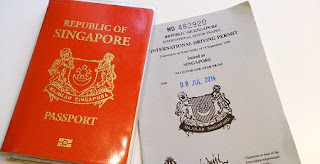 Theodore blames people’s hate of Singapore on Hollywood. But Singapore is hardly ever mentioned by Hollywood so much so that our mention in Pirates of the Caribbean was already sensational enough for us. Theodore blames Singaporeans for ignorance when his entire essay is choke full of ignorance. Theodore describes young people as pain in the ass who needs to grow up. No Theodore, not all young people are pain in ass. You are not pain in the ass, you are just plain ass.

Theodore claims he is proud to stay and contribute to our economy and to create jobs for Singaporeans. But at the beginning of his essay, he said he moved to Singapore for economic reasons because jobs are here, not to create jobs. In the same token, if for some reasons Singapore falters, you can be rest assured that Theodore will move on to greener pastures for the same selfish economic reasons that he himself has confessed to.

Conclusion - Falsehoods, half truths and weak analyses that are sometimes self contradictory are the common themes that run throughout Theodore’s essay. It reflects deep seated ignorance and weak intellectual ability on the author. It brings shame to Stanford and other world class universities Theodore is associated with.

The writer of the most upvoted answer in Quora for the question, “Why do people hate Singapore”, has claimed that he has received a lot of abuse on the internet after he wrote the post.

The Quora user who goes by the name of Theodore Shawcross, had earlier suggested that the blame for the hate should lie with Hollywood and ignorance.

related: Ang mo made sweeping assumptions on the grievances of Singaporeans

Singapore is not paradise on Earth I refer to the Quora reply you posted up last week, where a certain ang moh foreign talent, in response to the question “Why do people hate Singapore?”, proceeded to wax lyrical about how Singapore was paradise on Earth.

Are you sure that guy isn’t the PAP or a PAP supporter in disguise? Because saying things like “Singapore is the closest you can get to a near perfectly run country” makes it very suspicious. Also, he is probably an expat earning an expat package here in Singapore, so life would be very comfortable and affordable for him. The rest of us do not have that luxury. After reading the reply, which was really nothing short of a love letter to the government / ruling party, I felt compelled to share a commoner’s views on the issues mentioned so as to even out the bullshit a little:
read more 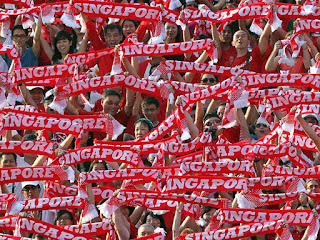 Spot on, or off his rockers? This British ang moh who has moved to Singapore to raise his family has given his two pennies worth about the good and bad of Singapore society.

Dr (PhD) Theodore Shawcross says has received much abuse online for his analysis of life here, but he has taken all that malarky in his stride and appreciates the support that others have given him for his insights.

This is his explanation on why people hate Singapore. What do you think? 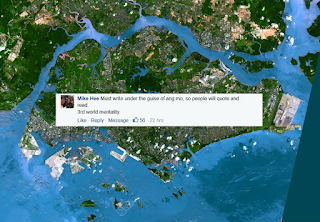 The thread was titled ‘Why do people hate Singapore?’

The answer was provided by an ‘ang moh’ man calling himself Theodore Shawcross. He wrote a 2,033 word rebuttal on why despite some of the flaws being presented on the question thread, Singapore was effectively “the best country, period.”

As well meaning as Shawcross might have been, some netizens have cast aspersions on the validity of his biographical claims.

related: ‘Ang Moh’ answers ‘Why do people hate Singapore?’ with a 2,033 word essay 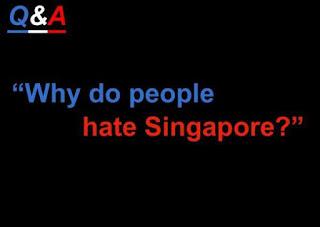 I’ve received a lot of abuse on the internet these past few days, so I felt that I had to clarify that I do not claim to know all about Singapore, or any at all, everything I said here are based on my observations living in the country. I’m very new to this whole internet thing so I’m starting to get the sense that it isn’t quite that hospitable, I probably should go back to commenting on Brexit and UK questions on here.

It has never been my intention to overlook any of the problems that I didn’t bring up, or introduce sweeping solutions of how freedom of speech is mutually exclusive to racial harmony. I based my responses on my experiences in the US and UK, so it’s not mental to come to the conclusion that you have to have some level of control otherwise they can be no harmony.

It’s nice to have so many people show their appreciation for my answer, but this whole questioning of my identity malarkey is getting out of hand, I do not work for the PAP, nor can I vote in elections, I’m sure if I was writing this as propaganda, there would be much more I should’ve said. Have nice life everyone. 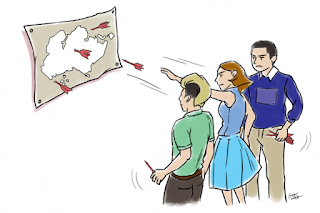 Because an island this small

Must be made to play fetch and carry balls.

Because this lion can’t be tamed,
Earns its keep as lion tamer instead.

Because we want every right to be right
And we know two rights make it our might.

Because we are stingy despite our means,
And rich beyond their dreams.

Because their envy costs nothing,
For barbs are easy to fling.

Because when we talk fast, they’ve no clue
We know words are cheaper than “Do!”.

Because a city can’t look this shiny
Without some dirt in its money.

Because the Government denies a poverty line,
So everything can’t be fine.

Because a people that works so hard
Must be robots at its heart.

Because when the Government says “press”,
Journalists know how to do the rest.

Because we hang criminals without qualms
As quietly as tides are calm.

Because freedom here is a choice
We exercise to the Government’s voice.

Because we have one party all year long,
On PAPer, that should be all wrong.

related:
The Surprising Truth About The Homeless In Singapore
Tent Village: Singapore’s nomad families
Singapore: Best Place to Live and Work
Plight Of The Tissue Peddlers
Have you ever Spoken to a Cardboard Uncle or Aunty?
Singapore’s Story: What comes next
Singapore at 50: From swamp to skyscrapers
Singapore Good Old Times
The Poor & Homeless in Singapore
Support for the Needy and Elderly
The Singapore Story
Other Side of The Singapore Story
ChasingThe Singapore Dream
To Be Or Not To Be Singaporeans
Longing for the good old days
Singapore: A Sampan or a Cruise ship?
Singapore at 50: From swamp to skyscrapers
Singapore is ‘World’s Costliest City To Live In’
Coping with Inflation & Cost Of Living
COL goes Up, Up, Up!
Singapore “Swiss” Standard of Living
Tackling poverty the 'kuih lapis' way
Callings for a Poverty Line
Setting a poverty line may not be helpful
A minimum wage for Singapore?
No homeless,destitute starving people in S'pore:Poverty has been eradicated
Growing Up With Less
Why do people hate Singapore?
Posted by Under The Angsana Tree at 00:04