Children Handcuffed And Arrested By Police 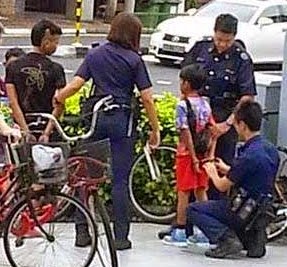 What a pic to round the year off

Ms Ang, a volunteer for children's development needs, commented on her photo of 3 boys, aged 9 to 12 years old, being arrested for theft on a Saturday morning (Dec 27): “Pains my heart that the police (would) handcuff young kids.”

Amolat Singh, a criminal lawyer, had this to add: “We don't see such things happening very often in Singapore, so when I heard and saw this photo, naturally it was quite shocking.”

What really takes the cake is this dumb statement from the highly esteemed Singapore Police Force (SPF): “The subjects were handcuffed for the safety of them and others as they had attempted to escape before police’s arrival.” 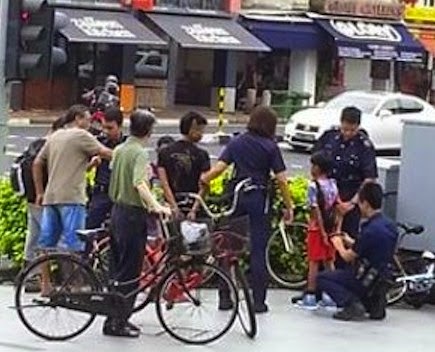 SINGAPORE, Dec 28 — The three boys arrested outside 112 Katong mall yesterday “were handcuffed for the safety of them and others”, said a police statement today.

Children handcuffed by police at Katong 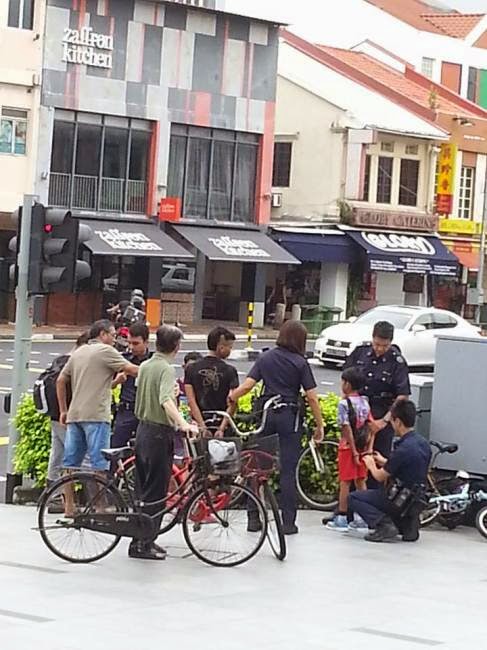 A photo showing 3 kids being handcuffed by 4 policemen was shared by Shan Ang on facebook. The incident captured by her took place at 9.15 am at 112 Katong, the junction of Joo Chiat Road and East Coast Road.

It is said that the children were waiting at the spot with 3 policemen and were handcuffed when 3 other policemen arrived at the scene.

The two older kids were made to walk across the road while handcuffed towards police station taking around 10 mins while the youngest boy was seated in the police car. 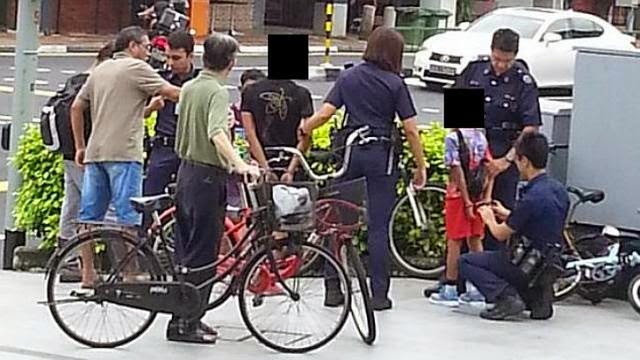 3 children aged between 9 & 12 years old were arrested for theft from a shopping mall on Saturday morning. -- FOTO: MS ANG

3 children aged between 9 & 12 years old were arrested for theft on Saturday morning.

They were handcuffed by the police near the traffic junction next to 112 Katong at East Coast Road before being taken to a nearby police station in a police car. A police spokesman added that the suspects were handcuffed for their safety & the safety of others as they had attempted to escape before officers arrived.

A photo of the children being handcuffed was posted on several online platforms on Saturday morning, including citizen journalism website Stomp, creating a buzz. IT manager Jeremy Tan, who saw the photo on Facebook, said: "They are just kids. Even if they have stolen something, they shouldn't be treated like that. It is not appropriate." However others said the police did the right thing, since there was a risk the children could dash on to the roads to escape.

II. SCOPE AND APPLICATION OF THE RULES
11. For the purposes of the Rules, the following definitions should apply:
12. The deprivation of liberty should be effected in conditions and circumstances which ensure respect for the human rights of juveniles. Juveniles detained in facilities should be guaranteed the benefit of meaningful activities and programmes which would serve to promote and sustain their health and self-respect, to foster their sense of responsibility and encourage those attitudes and skills that will assist them in developing their
potential as members of society.

13. Juveniles deprived of their liberty shall not for any reason related to their status be denied the civil, economic, political, social or cultural rights to which they are entitled under national or international law, and which are compatible with the deprivation of liberty.

17. Juveniles who are detained under arrest or awaiting trial ("untried") are presumed innocent and shall be treated as such. Detention before trial shall be avoided to the extent possible and limited to exceptional circumstances. Therefore, all efforts shall be made to apply alternative measures. When preventive detention is nevertheless used, juvenile courts and investigative bodies shall give the highest priority to the most expeditious processing of such cases to ensure the shortest possible duration of detention. Untried detainees should be separated from convicted juveniles. 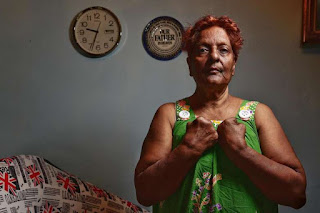 The arrest of a 73-yr-old woman & the subsequent use of hand & leg restraints on her has raised the question of whether more discretion should be used in the handling of elderly persons in custody.

Several lawyers & observers suggest that the police consider alternatives when dealing with an elderly person such as Madam Josephine Savarimuthu. They also question the need to use security devices in escorting her from prison to court for a low-risk municipal offence.

Madam Savarimuthu was arrested by police on March 4 at a neighbourhood police centre while making a report for a lost pawn ticket.