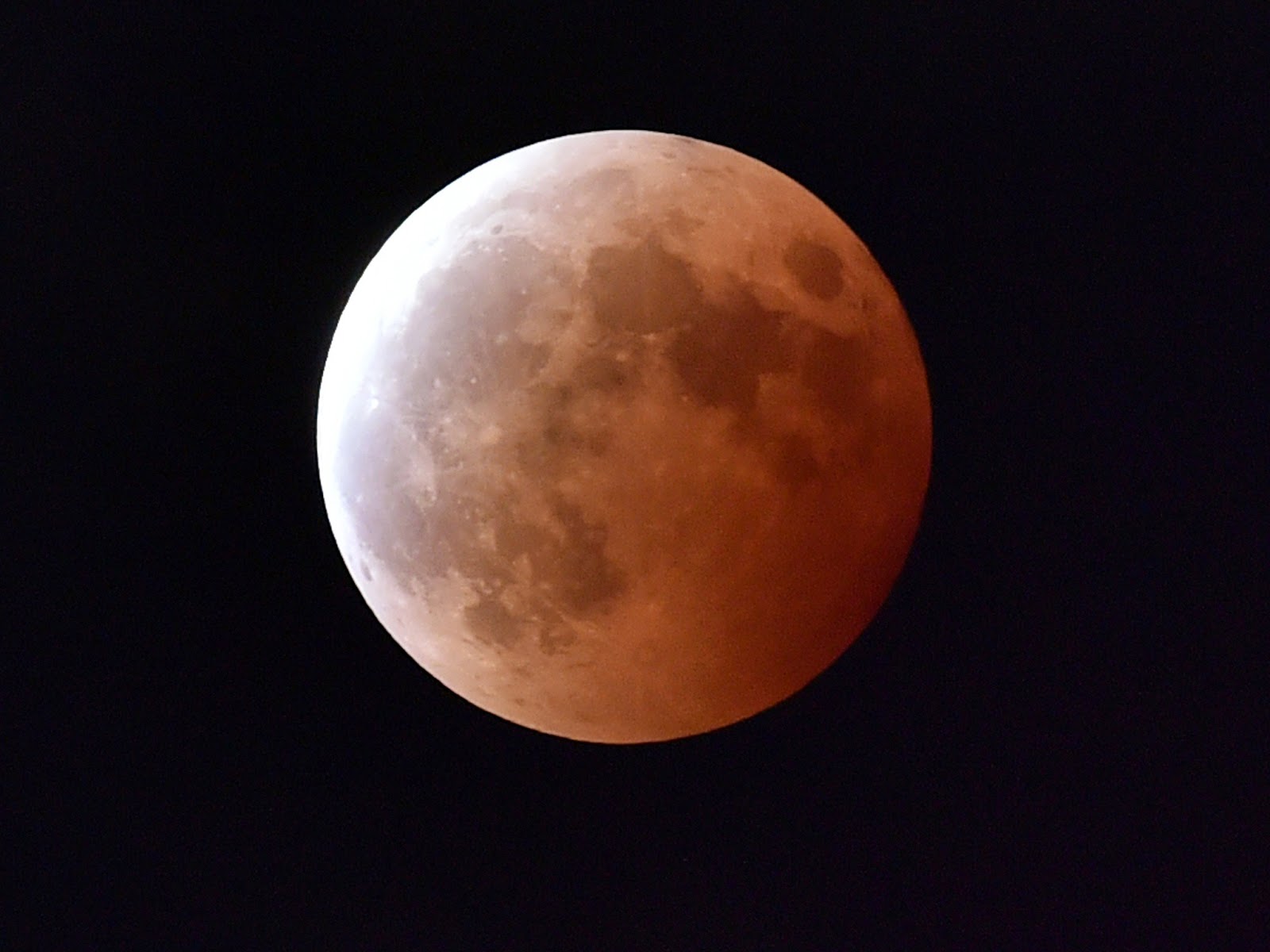 Called a ‘Blood Moon’ for its red hue caused by sunlight scattering off of the Earth’s atmosphere, the lunar eclipse was the second and last to be seen in 2014.

Wednesday’s spectacle was part of four total eclipses in a two year period and is known as a tetrad. The next two eclipses are expected in 2015, the first on 15 April and the second on 28 September.

The so-called tetrad is unusual because the full eclipses are visible in all parts of the United States, according to the retired Nasa astrophysicist Fred Espenak.

Crimson glory: All you need to know about the rare blood moon 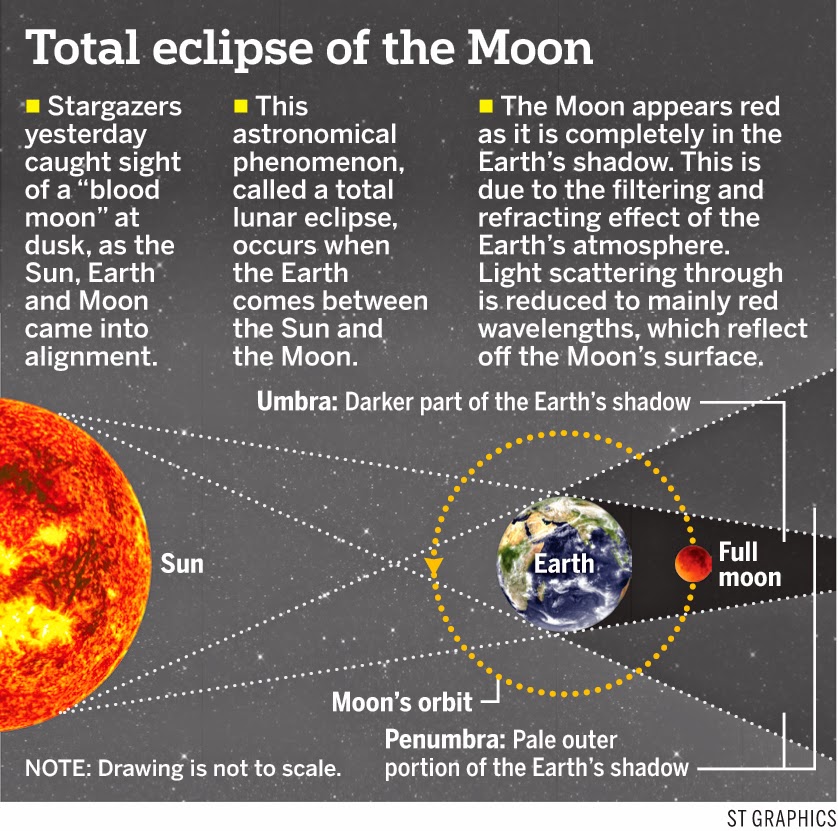 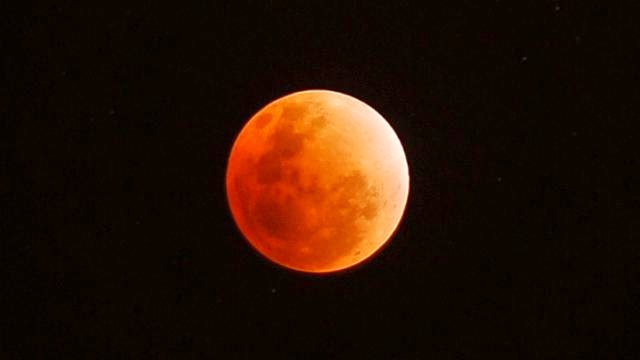 A red moon during a total lunar eclipse seen over Singapore on 10 December 2011 at 10:35pm. Across the world on Oct 8, sky-watchers will be casting their gaze towards the heavens for a glimpse of the rare blood moon - where the moon appears reddish as a result of a total lunar eclipse. -- PHOTO: ST FILE

Across the world on Oct 8, sky-watchers will be casting their gaze towards the heavens for a glimpse of the rare blood moon - where the moon appears reddish as a result of a total lunar eclipse.

This phenomenal cosmic event begins on Oct 8 before sunrise in North America, and is a cause for excitement among astronomy enthusiasts here too, as the blood moon is expected to be visible in Singapore's skies this evening.

What is a blood moon? When the Sun, Earth and Moon are aligned, a total lunar eclipse occurs and sees the Moon passing close to the centre of the Earth's inner shadow - the umbra. The filtering and refracting effect of Earth's atmosphere creates a blush on the face of the Moon, giving it a reddish hue. 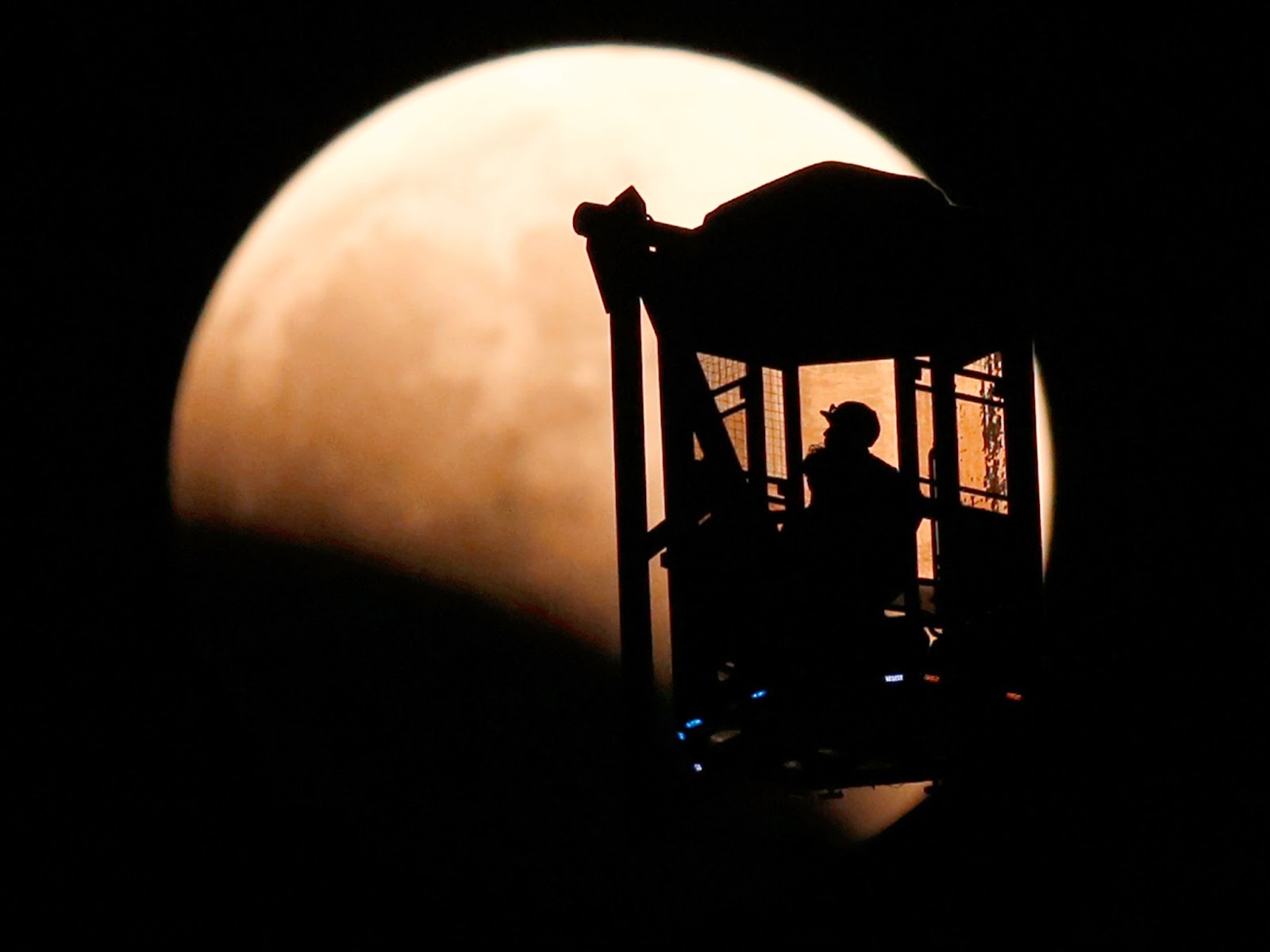 People living in parts of America and Asia awoke to the sight of a total lunar eclipse on Wednesday morning, also known as a blood moon because of the copper hue the moon takes as it passes into the Earth’s shadow.

The total eclipse is the second of four over a two-year period that began on 15 April and concludes on 28 September 2015. Wednesday’s event started at 8am GMT, before reaching totality at 10.25am GMT.

The blood moon was visible in parts of North America, South America and East Asia and Australia, while the rest of the world was given the opportunity to watch via live streams from Nasa and the Slough observatory. 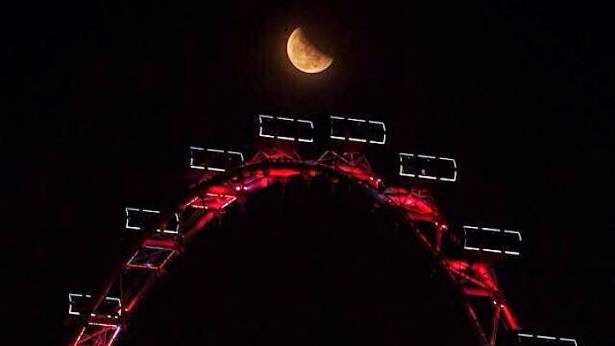 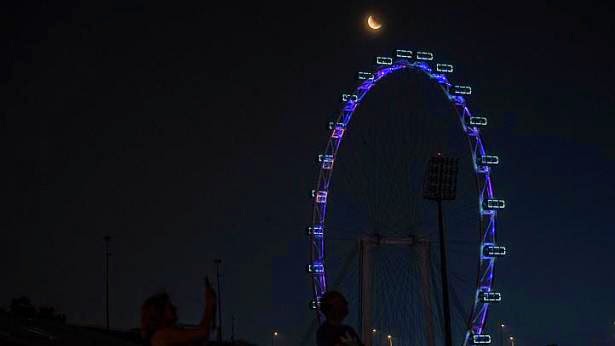 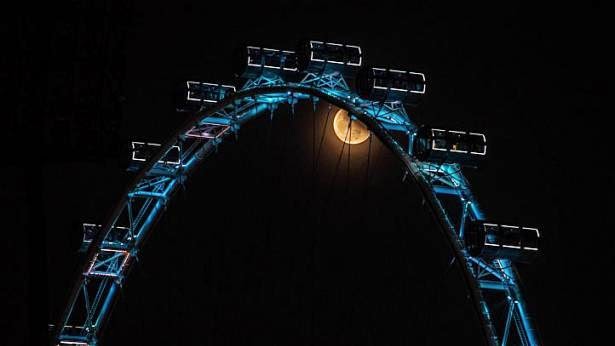 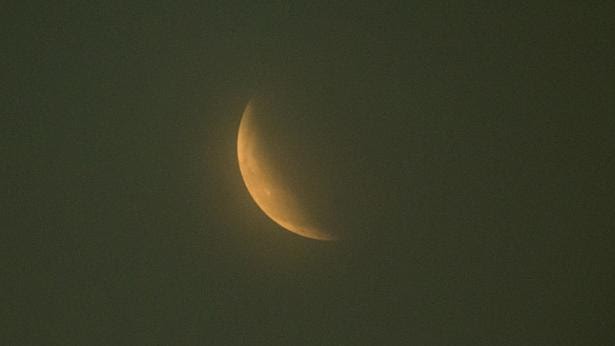 The lunar eclipse as seen from the Marina Bay area on Oct 8 2014 at around 8pm. -- PHOTO: MATTHIAS HO FOR THE STRAITS TIMES

The haze took the colour out of the "blood moon" on Wednesday night leaving stargazers here a glimpse of only the regular eclipse.

The total lunar eclipse which occurs a few times every year takes place when the Earth passes between the sun and the moon. As this happens, the moon will reflect the sun's light on the Earth's atmosphere causing the moon to take on a red hue.

At least 200 people gathered for the observation event organised by The Astronomical Society Of Singapore (Tasos) at Labrador Park, near the Tanjong Berlayer Beacon facing Sentosa on Wednesday.

Stargazers in Americas and Asia treated to 'blood moon' spectacle 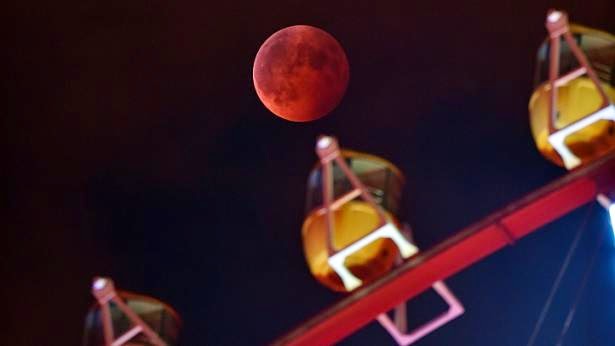 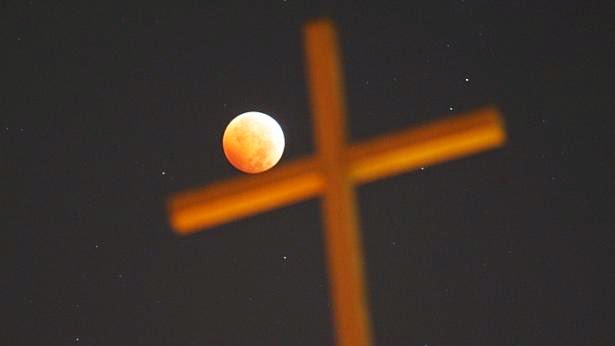 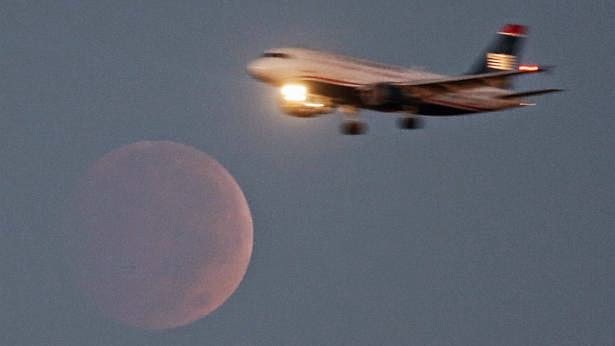 Stargazers in the Americas and Asia were treated to a lunar eclipse Wednesday, a celestial show that bathed the moon in a reddish tint to create a “blood moon”.

During the total lunar eclipse, light beams into Earth’s shadow, filling it with a coppery glow that gives it a red hue.

The early phase of the eclipse began at 0800 GMT, or 4.00 am, on the east coast of the United States. NASA provided live footage via telescope of the eclipse, showing a black shadow creeping across the moon in a crawl that took about an hour.

However, a wide range of color and brightness can be found in lunar eclipses. This is based on atmospheric conditions at the time including dust and humidity levels. While the color of some total lunar eclipses could be compared to blood, others are more orange, similar to a pumpkin. Still other eclipses look yellow, and some are very dark—virtually black. One of the most unusual total lunar eclipses was the very long one on July 6, 1982. Half of the earth’s umbra was as dark as coal, but the other half was rather bright and had a peach-like color. No one alive could remember such an unusual-looking lunar eclipse, nor were there any similar reports of past eclipses. In short, most lunar eclipses don’t appear blood-like, so it is a bit presumptuous to assume that any particular future eclipse—or, in this case, four eclipses—must of necessity be “blood moons.”