Is your prime steak held togther by meat glue?

Used in about 8 millions pounds of meat every year

What is meat glue?

Meat glue - the food industry's secret to fake a steak 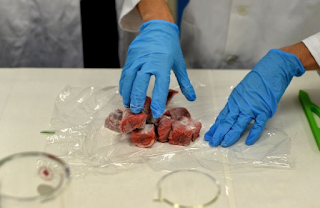 You just paid top dollar for that cut of ribeye or tenderloin.

But you may actually be eating off-cuts, glued together using a product that is allowed here.

related: Eggs sold in markets are genuine and safe 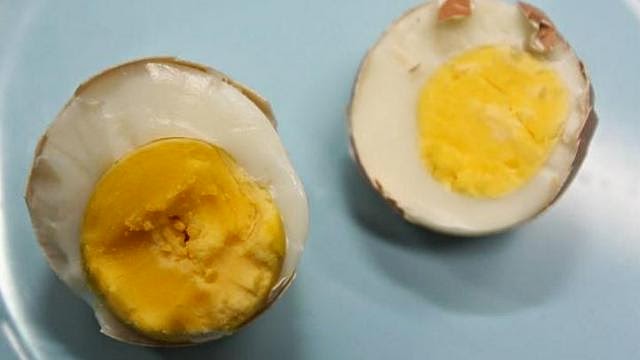 The yolks of fake eggs (left) are said to be more yellow than those of real eggs. -- PHOTO: THE STAR/ASIA NEWS NETWORK

PETALING JAYA (THE STAR/ASIA NEWS NETWORK) - Eggs sold in the Malaysian markets are genuine and safe for consumption, says the Health Ministry.

Health director-general Datuk Dr Noor Hisham Abdullah said there was no cause for concern, adding that video clips on fake eggs that went viral on social media recently were untrue.

"We conducted an investigation and found that there were no fake eggs sold in the markets," he said in a statement on Tuesday. 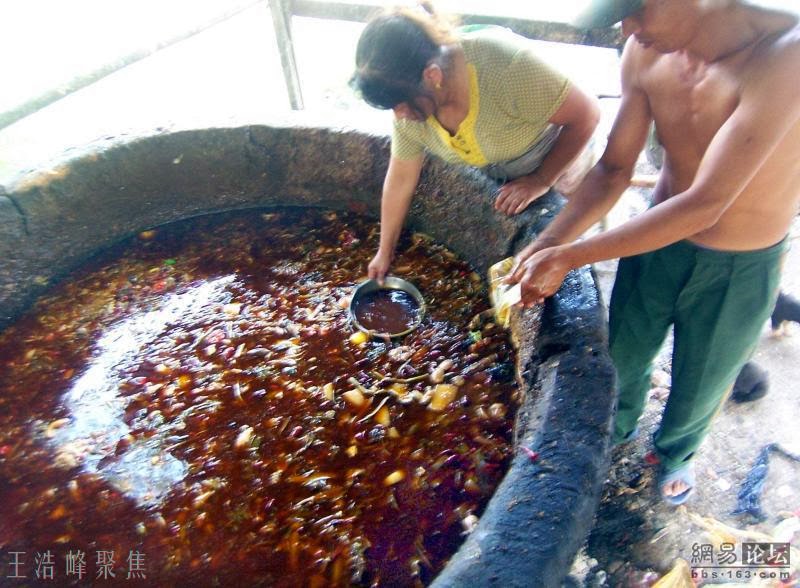 A news report estimated that 10 per cent of all oil used for cooking in China is gutter oil, including those used by restaurants. This is because it is cheap.

Earlier this year, it was reported that some people – who are reported to be Chinese and non Singaporean - were seen pumping out “sewer contents” from opened manholes and drains in Yishun and Jurong. Pictures taken by members of the public of them doing so, uncannily resemble what gutter oil scavengers do back in China.

Fakes and frauds
Fake Meat: The Meat Glue Secret
Beware of fake eggs 假鸡蛋如何分别
Watch What You Eat: Gutter Oil?
What Are Chicken Nuggets Made Of?
Fake and Man-Made Jellyfish
Artificial And Fake Rice
Fake Cabbage And Lettuce
Fake And Synthetic Noodles
Wine Fraud: A Vintage Crime
Posted by Under The Angsana Tree at 07:07