Singapore at 50: From swamp to skyscrapers 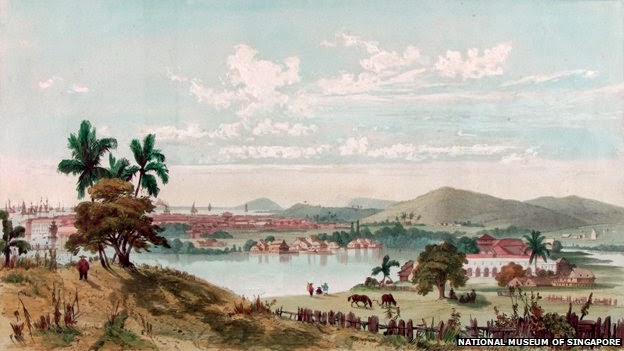 BC World Special - A Richer World: Singapore at 50 - From Swamps to Skyscrapers

Fifty years ago Singapore became an independent state, after leaving the short-lived Malaysian Federation. With no natural resources, just how did this tiny country go from swamp to one of the region's leading economies? On the strength of its human resources - immigrants like my grandfather.

At the age of 17, with only the shirt on his back, Fauja Singh left his parents in a small Punjabi village and made the long and dusty journey on foot and by train to Kolkata (Calcutta), where he caught a ship to his new home. It was the early 1930s. He arrived in a melting pot of cultures and chaos on an island at the mouth of a river, which bustled with trade - Singapore.

Once a swamp-filled jungle, when the British arrived in 1819, under the leadership of Sir Stamford Raffles, the makings of modern Singapore began. Lying at the mid-point of the shipping route between India and China, it became a thriving trading port, and with this trade came a huge influx of immigrants from all over Asia.

Singapore needs to look beyond the 'swamp to skyscrapers' narrative 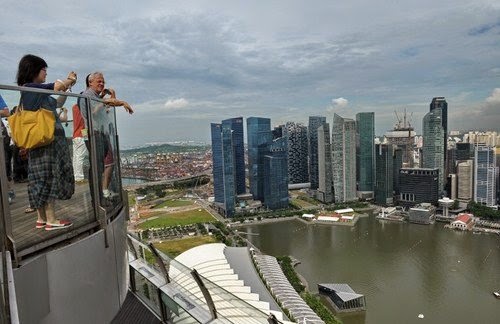 It’s good for a country to look back on its history once in awhile. Good to stop and take stock of how far we’ve come, how much more we’ve got to go. It makes sense that we’re doing this on a massive scale during Singapore’s Jubilee year, but there’s one myth that really, really needs to be busted: the narrative of “fishing village to sparkling metropolis”.

A recent BBC article framed Singapore’s growth as “swamp to skyscrapers” – a narrative most Singaporeans are familiar with by now. It’s a story we were told in schools, reinforced by numerous National Day Parades and referred to so regularly that it’s often left unquestioned.

Yet it doesn’t take very long to find the flaws in the story. Colonised by the British in the early 1800s, Singapore was a major hub of entrepôt trade. It was an important wealth-spinner for the colonial masters; they would never have left it primitive and under-developed. Infrastructure needed to be built to support all the administrative and commercial activities that came with establishing a major port, and build it they did.

Singapore’s Growth from Nought to Affluence in 50 Years 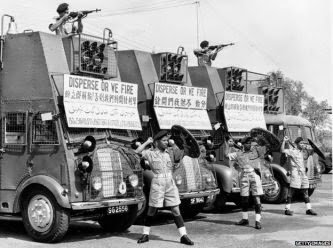 The big-bang growth of Singapore from nought to affluence in just 50 years of independence is nothing short of the spectacular. From humble beginnings in 1965 to being among the world’s wealthiest today, Singaporeans have indeed experienced a fairytale journey on the fast lane.

And this is not just because Ferraris and Rolls Royces are not an uncommon sight on its clean roads even as the rich-poor gulf is widening. The country offers a fairly comfortable life for all its citizens though certain policies that could affect the high quality of life here are being pushed hard.

Disperse or We Fire: This growth from swamps to skyscrapers is succinctly captured by the BBC portal today with interesting photographs to show some of the issues that had to be dealt with to enable development, peace and harmony among races.

Lee Kuan Yew, who turned a malarial island into a modern financial center with a first world skyline, is peering ahead again into this city-state's future, this time with plans to seal it off with dikes against the rising tides of global warming.

"Let's start thinking about it now," he said during an interview last week, in what could be the motto for a lifetime of nation building. Ever since its difficult birth in 1965, when it was expelled from Malaysia, he said, Singapore has struggled to stay alive in a sea of economic and political forces beyond its control.

"If the water goes up by three, four, five meters," he said, laughing, "what will happen to us? Half of Singapore will disappear."

Since the start of the school term this year, lower-secondary students have been learning more about the country’s past — as far back as the 14th century, when it was a bustling trading port.

Under a new lower-secondary history syllabus, Secondary One students in the Express and Normal (Academic) streams this year were the first batches to use a new history textbook titled Singapore: The Making of a Nation-state, 1300-1975.

Responding to media queries, a Ministry of Education (MOE) spokesperson said using the 14th century as a starting point “presents students with the opportunity to explore Singapore’s origin as a port of call, and her connections to the region and the world”. 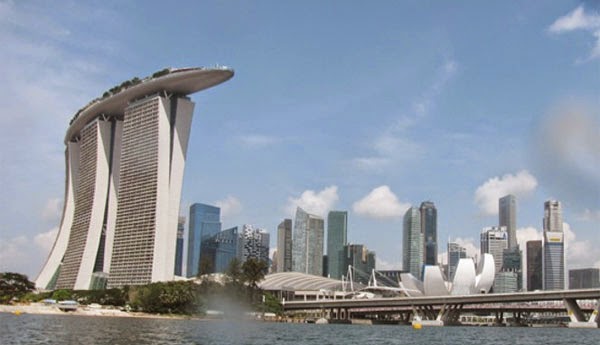 A lot of Singaporeans from all walks of life are familiar with this narrative. However, if we stopped to think, we’d realise that this narrative paints a false picture of what life is really like in Singapore. Because, the truth is, Singapore in 2015, still has swamps. Gasp!

By insisting on the “From Swamp To Skyscrapers” narrative, what we are doing is send a wrong message to outsiders beyond Singapore’s shores: We are effectively telling foreigners that the water monitor lizard, mudskipper and Great Egret do not live in the swamps here but in high-rise apartments.

When we do that, what we are doing is effectively whitewashing the biodiversity and the countless species of flora and fauna that live at the intersection of freshwater and saltwater habitats. 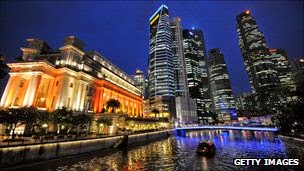 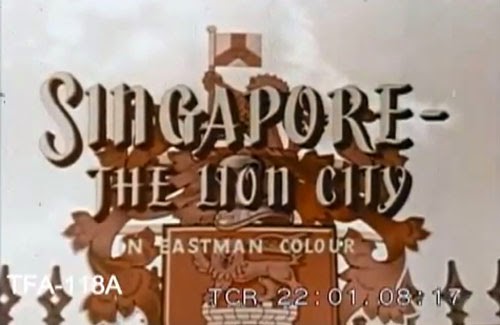 What’s so fascinating? Not only is the past not in black and white, it shows a Singapore that is more modern than many people think.

And it gives us a sense that Singapore was already destined to be a thriving cosmopolitan hub even before the ruling party wanted to brand it as such. And Singapore in 1957 is definitely not worthy of being branded a Third World country status.

British imperialism provided the urban blueprint. And it’s far from the primordial swamp and wasteland and sleepy fishing village we have been taught in schools. 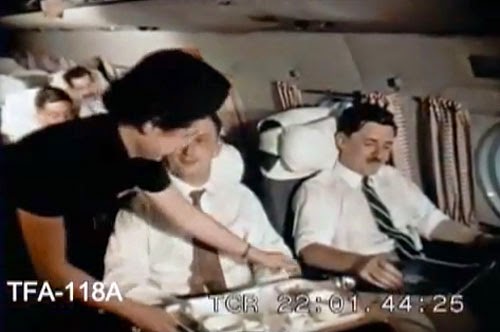 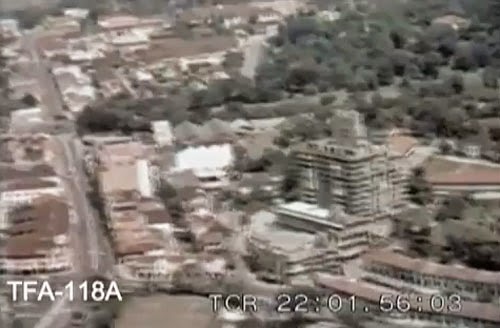 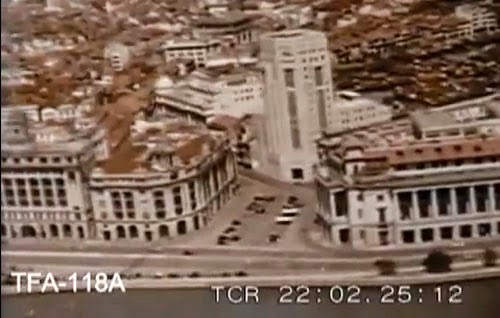 Singapore Airport looks like some place in New York 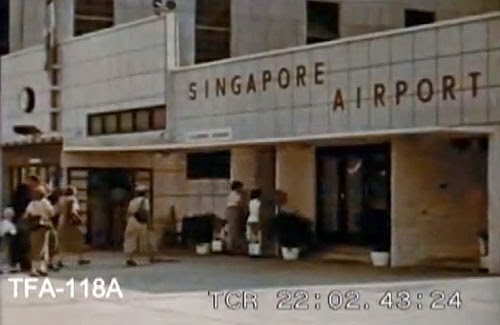 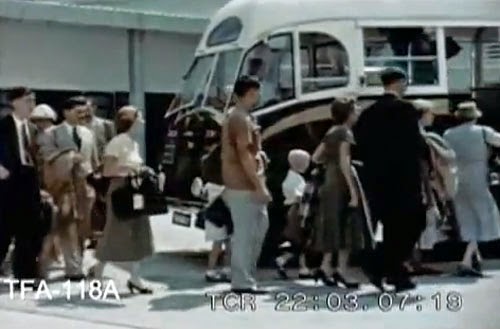 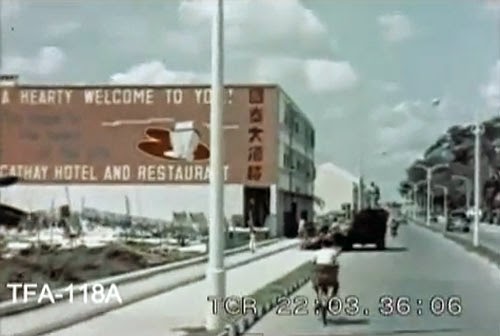 Notice how clean the roads are 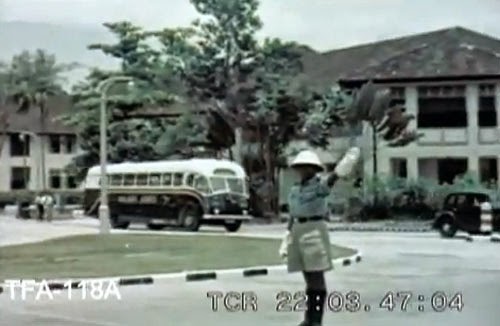 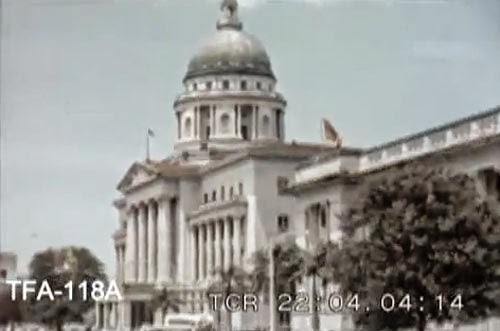 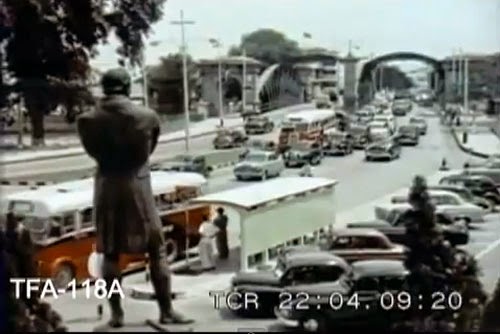 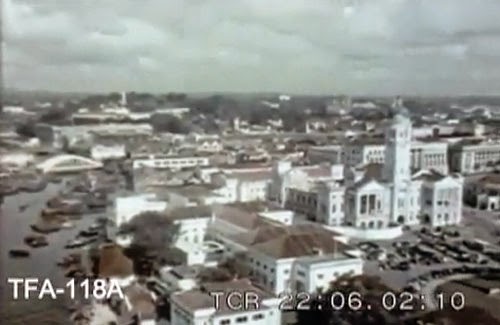 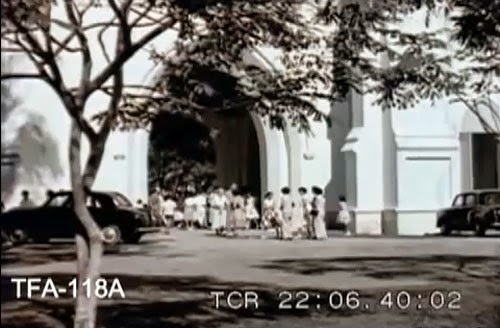 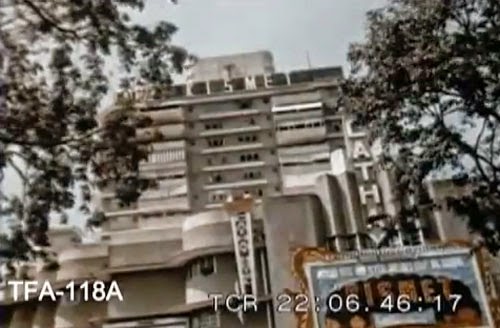 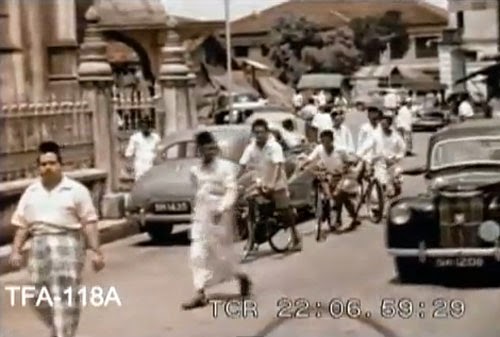 
Singapore in the 1950s to 1990s
The Surprising Truth About The Homeless In Singapore
Tent Village: Singapore’s nomad families
What is it like to be a Singaporean?
Why do people hate Singapore?
Singapore: Best Place to Live and Work
Plight Of The Tissue Peddlers
Have you ever Spoken to a Cardboard Uncle or Aunty?
Singapore’s Story: What comes next
Singapore at 50: From swamp to skyscrapers
Singapore Good Old Times
The Poor & Homeless in Singapore
Support for the Needy and Elderly
The Singapore Story
Other Side of The Singapore Story
ChasingThe Singapore Dream
To Be Or Not To Be Singaporeans
Longing for the good old days
Singapore: A Sampan or a Cruise ship?
Singapore at 50: From swamp to skyscrapers
Singapore is ‘World’s Costliest City To Live In’
Coping with Inflation & Cost Of Living
COL goes Up, Up, Up!
Singapore “Swiss” Standard of Living
Tackling poverty the 'kuih lapis' way
Callings for a Poverty Line
Setting a poverty line may not be helpful
A minimum wage for Singapore?
No homeless,destitute starving people in S'pore:Poverty has been eradicated
Growing Up With Less
Posted by Under The Angsana Tree at 00:04