Watching politicians like the PAP-controlled government at work is fascinating. One learns a lot about how to manipulate people through the use of spin statements, cleverly framed messages and strategically orchestrated public relations exercises.

As the techniques and examples are too numerous to go into detail, I shall just discuss one today – that of framing issues without putting them in context.

Framing the Issue Without Context

NDR 2012: Immigrants or Babies? This is a false choice

The result of Singapore’s rapid growth in immigrant population has had a greater beneficial effect in maintaining the current rate of GDP growth than any real improvement in the welfare of our elderly or the environment for young Singaporeans to start families.

Singaporeans find themselves priced out of a job market in ever increasing numbers as immigrants now include workers in the low wage bracket and PMETs. Job insecurity coupled with ever rising costs of living has had a knock on effect on Singaporeans choice of not having a family.

Paradoxically, the unintended increase in competition for limited resources may serve to drive Singaporeans who are determined to start a family to do so outside of Singapore.

PAP’s Engagement Yields Results [Or: Who is afraid of being radical?]

After the 2011 General Election, the PAP realized that it is important for them to focus on hoodwinking more supporters over to their side. (This is not to be taken seriously. Actually, PAP politicians already recognized the importance way before that. The election performance is just a way to help them show that they truly want to win more people over.) The PAP’s strategy is intelligent—one even wonders if they have consulted professionals on the matter before proceeding with their efforts—and one cannot helped but be impressed by their measurable success.

The strategy employed  is perhaps fairly simple—target a few citizens, including prominent ones and lesser-known ones, that are moderately against the PAP, give them a different impression, and let them spread the news that the PAP really is not what its detractors have made it out to be. In fact, these do not even need to say anything—a mere talk with the PAP that leaves them with nothing to criticize will be effective enough for others who can still be convinced to support the PAP.

A blogger like mrbrown would thus be an ideal target because mrbrown is popular, he is critical, but he is never radical—the very traits that have helped to give voice to dissatisfaction with the PAP can be exploited to the PAP’s advantage. He does not even have to be co-opted by the PAP or say anything positive about it—merely leading the pledge on National Day with a minister is more than enough to give the shaky masses an added inclination to have a renewed faith in the PAP without any real change in the PAP at all other than the way it communicates. In fact, even when those who are supposed to be engaged can even criticize the PAP’s endeavors, the propaganda will automatically spring to life because it will seem to show that the PAP is willing to engage its critics. The factors that matter here are visibility and naivety, a trait for which Singaporeans are notorious. (I offer my deepest apologies to mrbrown and my fellow Singaporeans. Please do not be offended. Molly will be pleased to engage you if necessary.)

Legal Framework For Neighbourly Conduct In Singapore: Unnecessary And Contrived?

The recommendation to introduce new norms to curb conducts of social nuisance, proposed by Law and Foreign Affairs Minister K. Shanmugam – in the report “Framework Needed For Neighbourly Conduct” (September 1, 2012) by Miss Neo Chai Chin – sounds like a practical solution to anecdotal expressions of dissatisfaction. Residents are unhappy that their is no peace and quiet, because a neighbour’s kid is constantly jamming away on his instruments; that someone’s act of frying foodstuffs is making their laundry smell bad; that a person’s pet is yakking away in the dead of the night, et cetera. An institution of a legal framework would be so straightforward; constituents, cognisant of the restrictions and associated penalties, will always be on their toes, thus rendering the neighbourhood more harmonious and conducive.

Yet, is this the route that we should embark upon? My opinion is that a legal framework for neighbourly conduct in Singapore appears unnecessary and contrived, and could give rise to more undesirable ramifications instead of addressing present unhappiness in a sustainable manner. Demanding residents could become pedantically nitpicky, with the intent of finding fault with their neighbours over the slightest of transgressions. Legal liabilities can be perceived as being too Draconian, and legal resolution strategies could harm relationships. 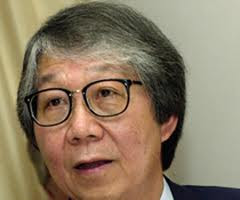 Dr Tommy Koh: "We are one of the least xenophobic people in the world"

ONE of the major themes of Prime Minister Lee Hsien Loong’s National Day Rally speech on Sunday is immigration.

PM Lee explained the imperative for Singapore to welcome immigrants, in order to make up for the deficit resulting from our low fertility and in order to benefit from the brain power and cultural diversity which the highly educated and talented migrants bring with them. The PM called upon Singaporeans to be bighearted in welcoming them. He also called upon the migrants to make greater efforts to integrate into Singapore.

I have three reflections on the subject of immigration and integration.

…Ryan’s mother, however, reacted melodramatically. She went to the press with her son’s story and lodged a police report. She claimed that Ryan “could not leave home for two days because of the way he looked”. Then she arranged for him to have a $60 haircut.
She excused her son’s disobedience by saying he was dyslexic, and that dyslexics were forgetful. Both my father and I are dyslexic. We are no more forgetful than other normal people.
…Ryan’s mother’s reaction to the teacher cutting her son’s hair was, I am afraid, close to hysterical. How do we bring up our children with the right values when parents and schools send such conflicting messages?

I wouldn’t doubt a famous neurologist’s analysis on the symptoms of dyslexia, and I fully concur with her diagnosis of HYSTERIA in Ryan’s mother. But what’s interesting about this week’s Lee Wei Ling column is not so much her stand on hair rules or teachers playing barber (which is not surprising since she fancies a shorn crop, probably one that’s even shorter than Ryan’s), but her admission that both herself and LKY are dyslexics.

Good idea: Sumiko wrote a good article on the politics of chairs.

Sumiko is right about chairs. They are not just equipment to hold your butt against a table to do desk work. The symbolism is more powerful. Certainly such pricey chairs no matter how durable aren't helpful in bolstering a servant attitude. Now I wonder how many civil service departments are asking and getting Herman Miller because other departments got theirs. "Not fair if I don't have one", they cried.

The call for a national conversation is not really a new one.

Back in the year 2000, barely 8 months after the conviction of former PAP MP Choo Wee Khiang and when Singapore was facing one of the worst economic slump since independence, because of recession in the European Union and GDP slow-down in the USA, then-Deputy Prime Minister Tony Tan spoke about the need to have a National Conversation.

He said that without having a national conversation, Singapore will be courting failure if the Government alone continues to issue directives to overcome the challenges thrown up in a fast-paced global market.

"While having a "national conversation between the Government, workers, employers, public interest groups and private sector organisations, may take longer time to arrive at workable solutions, they will be more sustainable and have wide acceptance." ~ Dr Tony Tan

Today, with the expose of several high-profile graft cases, and the economy slowing down in the midst of weaker global demand, again the call for a national conversation has gone out.

Since the ’80s, the Government has introduced more measures to try and up the birth rate in Singapore – to no avail. (See here.)

Some 94 per cent of those polled in a Channelnesasia survey after PM Lee’s National Day Rally speech said the measures he announced to encourage Singaporeans to have babies will not help raise the birth rate. Some have used this to ridicule the prime minister.

But underlying all these measures is a serious concern, as with any country which is facing the same situation. Their governments too have tried and are trying all kinds of measures to prop up their birth rates too. So, while we may ridicule and laugh at the measures instituted by the Government, we should give some thoughts to this – unless one is convicted that a falling population will not hurt our prosperity or progress.

Yahoo! News Singapore, 1 Sep 2012
A plan to allow millions more mainland Chinese to visit Hong Kong was delayed Friday as the southern city said it needed to consult with Beijing over its ability to cope with the influx.
Hong Kong leader Leung Chun-ying said his government would hold talks with the mainland authorities to discuss the "capacity of Hong Kong to receive these additional visitors".
"I have reflected the Hong Kong people's concerns to the central government and the central government views these concerns seriously," he said. Full story

Yahoo! News Singapore, 2 Sep 2012
Another dead body has been found at Bedok Reservoir, the eighth so far since June last year.
The decomposed body was found floating on the water and spotted by a passer-by doing his exercise on Sunday morning about 7am.

A spate of six bodies were found in as many months at Bedok Reservoir during mid-June to the end of last year, prompting the Public Utilities Board to improve lighting in the area.


If I were President today, I would address issues of national unity

In this third and final part of the Straits Times interview on the occasion of the first anniversary of the 2011 Presidential election, I reproduce the final question from Tessa Wong and my answer.

Question : Complete the sentence: If I were president today

Answer : If I were president today, I would immediately address the issue of national unity. Society has become even more divided since the last presidential election. The recent win of 2 Olympics bronze medals, instead of being a source of national pride and joy, has resurrected the national debate over unfair privileges for foreigners; it's not just in sports but also other areas such as education, housing and jobs. Singaporeans by and large are still not satisfied with the government's explanation.The tension between Singaporeans and foreigners is serious enough to warrant a fundamental review of all unfair policies and to put them right before society starts to break down

read more
Posted by Under The Angsana Tree at 09:20