Li Huabo, a former local government official in China who fled the country last year, received S$182,700 ($148,000) in stolen money in his Singapore bank accounts, a prosecutor said at the start of a trial.

Li, a Chinese national who had made investments and arrangements to settle in Singapore in early 2010, acquired Singapore permanent resident status and faces a jail term of as long as five years and an unspecified fine for each of the three charges of having received stolen funds. The money was transferred to his United Overseas Bank account between Dec. 6, 2010 and Jan. 15, 2011, according to court papers. Full story

Dad Bill Dahlberg, a trustee of the Canterbury Community Trust, said despite his son having skipped the country in July last year, he had always been keen to honour his obligations, though he would defend the charges.

"Robert stayed in Singapore, gaining permanent residency status, for 14 months after the incident. It was a shock to us all when charges were laid." Full story

Foreign doctor with license revoked in U.S. now employed by NUH in Singapore 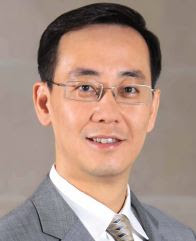 A TR Emeritus (TRE) reader’s family member was seeking treatment at NUH when a referral was made to see a certain Prof Jiade Jay Lu of NUH.

To find out more about Prof Lu’s professional background, the TRE reader did a google search and was shocked to find out that Prof Lu actually had his medical practising licence revoked or questioned in several states in the U.S. since 2003 [Link][Link][Link][Link].

The reader then immediately sent an email to NUS, NUH, SMC and MOH, copied to TRE. In the letter, the reader asked if NUH and the Singapore Medical Council (SMC) knew about this and why had NUH hired him and why had the SMC granted him a licence to practise in Singapore, given his background.

The Jakarta Post, 11 Sep 2012
The Director of Singapore’s Corrupt Practices Investigation Bureau refuted an allegation that his country is a refuge for perpetrators of graft, or for their ill gotten gains.
“Singapore is not a safe haven for fugitives, or for dirty money,” said Eric Tan Chong Sian on the sidelines of the 8th international workshop of the Southeast Asia Parties Against Corruption (Seapac) in Yogayakarta on Tuesday. “We have laws against this.”

Some of Indonesia’s most famous graft convicts, such as Gayus Halomoan Tambunan and Muhammad Nazaruddin, have allegedly deposited money in Singapore banks. Because the two countries don’t have a working extradition agreement, it is difficult for Indonesia to establish a paper trail. Full story

Mr Lee Kuan Yew and Mr Goh Chok Tong have indicated that they will accept my offer of composition of $30,000 to annul my bankruptcy.

I will be working to raise the amount to pay to them as quickly as possible primarily through the sale of my books. I would also like to appeal for donations from supporters to aid the process.

I hope that this settlement with Mr Lee and Mr Goh will mark the end of a chapter of Singapore's politics marred by defamation suits against opposition members. I look forward, as I am sure all Singaporeans do, to a new era where political discourse is dominated by substantive debates on policies and ideas of how to take our country forward.

An Australian by the name of Rajput Sandeep Singh, who was charged with molesting a woman on an SIA flight was acquitted by the Court yesterday (10 Sep), after he ‘compensated’ the victim with cash of $2,000.

The 30-year-old software developer also apologised to the woman in the open court.

He was charged last month with using criminal force by running his fingers along the woman’s inner thighs. The woman was sitting next to him on an SIA flight from New Delhi. The incident happened in early morning at about 5:30am on 25 Aug.

To no one’s surprise, PM Lee has emphasised that the National Conversation is NOT about slaughtering sacred cows. He said this at the end of the APEC leaders’ summit in Russia.

As I’ve stressed many times before, the core value of the ruling regime is one of repression. Many things like the law against peaceful assembly and association as guaranteed in our Constitution, gerrymandering, GRC, control of the unions and newspapers and so on emanate from this core value of repression.

My friend who is married to the Internet said his wife told him that one Hammer Party MP recently got hammered by some netizens on that IPO-price-$38-got-hammered-to-$18-company website. I thought that should be quite interesting stuff so I went to take a look.

Basically that MP guy, who married a beautiful Singaporean performing artist whom I heard is quite famous in India by the way, claims that the Government is not willing to change whatever shit it is doing and the National Conversation which is happening now is just some wayang show to let people know they are looking into some issues

Yes, just looking into…. Then he said we already got this stuff before, such as the Remaking Singapore Wayang Show in 2002.

$1 million HDB flat nothing to be traumatised over

News of a Housing Board flat being sold for a record $1 million may be swirling, but National Development Minister Khaw Boon Wan urged Singaporeans not to be “traumatised”. There will always be “units with fantastic views that fetch fantastic prices“, he said of the sale of the executive maisonette in Queenstown, which is still in the works. The price includes a cash over valuation (COV) of $195,000.

“More important is the larger picture,” Mr Khaw said at a dialogue with Sembawang grassroots leaders. “Are prices affordable generally for most units? I think we have largely achieved that in the last few months with the pricing of the new Build-to-Order flats.”

At the same time, he noted that the record resale price was indicative of the fact that “in public housing, we can get very good living conditions“. For example, when the Pinnacle@Duxton flats come onto the resale market in a few years, “there will be many millionaires there”, he noted.

Why Tuition is Necessary in Primary School

I was most intrigued when my blog statistics began to show The Kent Ridge Common as a referring website which sent visitors to my blog here – http://petunialee.blogspot.sg/. I then realized that my book had been mentioned in this article. Further intrigued, I read the whole article.

In my initial response, I disagreed most strongly with The Private Tutor’s depiction of the educational system.  However, we each strove to understand the other. One thing lead to another and so it is that in the true spirit of the Blind Men and An Elephant, I was invited to write about this issue from a different perspective.

You see, we realized that we were both right. We disagreed because we were looking at different parts of the Singapore educational system. I trained my eyes upon the Primary schools because I have a child going through PSLE this year. The Private Tutor trained his eyes upon Secondary school because he tutors secondary students.

Chee Soon Juan should have cleared his debts earlier

Perhaps Chee senses that he stands a better chance this election, as compared to previous elections. Hence, he now has a sense of urgency to clear his debts.

Let's hope that Chee doesn't do foolish things again to give excuses that he is barred from elections. He has been doing that so often it seems so natural of him.

That said, $30k is not a huge sum. How about his ardent supporters help him out on this one to speed up his clearing of debts. After all, SDP supporters have always boasted they comprise of middle and upper class people, earning high wages. Not to mention that a sizeable number of these supporters are from the LGBT community, who themselves too always claim they have the power of the pink dollar to influence society.


No such thing as work-life balance

Think back... Why all the emphasis on work-life balance? That's because there is a tendency for employees to work longer and harder than what they were contracted to in the first place. Let me focus on 3 things that employees are usually "exploited" on, which affects our family time and bonding.

There is always something in your contract that states the working hours, but yet there will be another overriding it to say that you have to finish your work. There is no protection for employees if the employer choose to load you with a lot of work where you will end up working your heart out and then, considered as an "average" worker because you just fulfilled the tasks that were assigned to you. Fair?

I am against hate speech of all kinds: Sim Ann

The following is a reply from MP Sim Ann to Mrs Lina Chiam's statement which we published here earlier.

I refer to the letter "Govt should change rhetoric on xenophobia" by Mrs Lina Chiam, NCMP of the Singapore People's Party.

I believe Mrs Chiam is alluding to my article in the Straits Times, "Of Wrongful Pride and Prejudice". 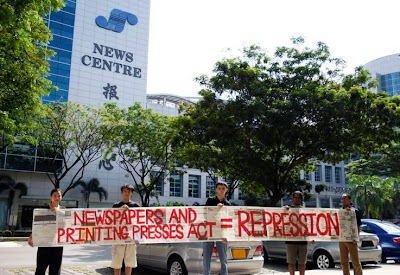 The Today newspaper asked for the SDP's response to the Government's plans for a national conversation. The SDP provided a comprehensive response stating clearly our position. The most important point is: free the media.

Will SDP be part of this national conversation?

A national conversation is the default mode of a democratic society. The various elements in a community contribute ideas and policy suggestions through a range of media which form the vehicle of policy making. The SDP has contributed ever since its founding. It has produced a range of publications containing policy options backed up by research and expert opinion.

read more
Posted by Under The Angsana Tree at 09:59