The message to China behind Singapore's US F-35 jet plan 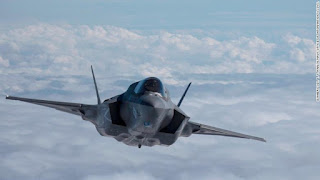 They are at the cutting-edge of America's elite stealth jet technology, capable of seamlessly connecting pilots for co-ordinated missions.

And now Singapore wants to become the fourth country to enmesh US F-35 warplanes above and around the South China Sea -- a move likely to be greeted with trepidation in Beijing.

In a speech before Parliament last week, Singaporean Defense Minister Ng Eng Hen announced a plan to buy up to 12 F-35 warplanes from the US. If the deal goes through, Singapore will become the fourth American ally in the Pacific to own them. 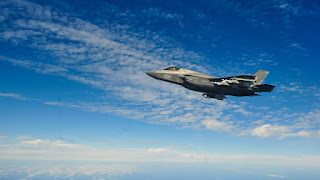 Earlier reports suggested Singapore is keen on the F-35B for its ability to operate from short runways. (Maj. Jesse Peppers/U.S. Marine Corps)

Singapore will seek to buy four Lockheed Martin F-35 Lightning II Joint Strike Fighters for a start, with an option to purchase eight more, according to the southeast Asian nation’s defense minister.

Speaking in Parliament on Friday, Ng Eng Hen said Singapore will submit a letter of request to the United States for the purchase, adding that “Singapore has the endorsement of both the U.S. administration and the Department of Defense for our proposed purchase of F-35s.”

He did not disclose which version of the F-35 Singapore will request when asked by lawmakers, although he was quoted as ruling out buying the “aircraft-carrier version” of the F-35, and told Parliament that the unit price of the aircraft “ranges from U.S. $90 million to U.S. $115 million.”

related: Singapore has chosen the F-35 to replace their F-16s 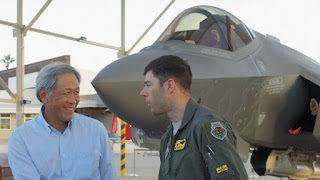 Singapore’s defence minister Ng Eng Hen receives a briefing on the CTOL F-35A at Luke Air Force Base, Arizona, in December 2015. The country has announced that it will seek an initial purchase of four F-35 JSFs of an undisclosed variant for further evaluation. Source: IHS Markit/Kelvin Wong

Ng told parliament that that MINDEF will issue a Letter of Request (LOR) to the US government, although he did not specify when. According to the US Defense Security Cooperation Agency (DSCA), the LOR is an action that formally begins the Foreign Military Sales (FMS) process.

"Our LOR will request an initial acquisition of four F-35s, with the option of a subsequent eight if we decide to proceed," he said, without revealing whether these would be the conventional take-off and landing (CTOL) F-35A or the short take-off and vertical landing (STOVL) F-35B variants. "As required by US law for foreign military sales, the US Congress must approve the sale of F-35s," he added. 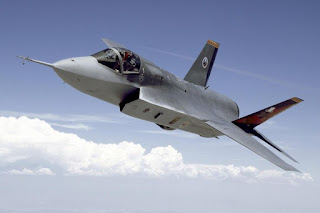 Singapore plans to buy an initial four F-35 fighter jets from Lockheed Martin Corp, with an option to purchase eight more, as it looks to replace its ageing F-16 fleet, the city-state’s defense minister said on Friday.

Ng Eng Hen said in parliament that the ministry of defense will issue a letter of request (LOR) to the United States for the purchase, which must be approved by the U.S. Congress.

With Southeast Asia’s largest defense budget, the wealthy city-state is a key prize for global arms companies as it looks to invest in new technology and upgrade its equipment. 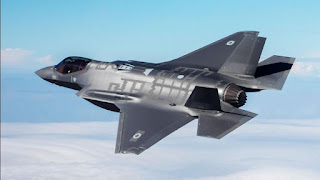 Singapore also plans to have an option to order eight more of the fighter jets, Ng said to lawmakers in parliament. The city-state’s air force could have a fleet of F-35s and F-15SGs in a decade or so from now, he said.

Here are some comments made by the defense minister on the F-35s: 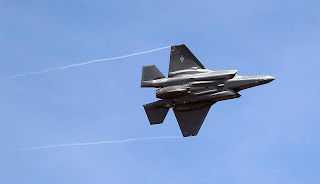 In this Sept. 2, 2015, file photo, an F-35 jet flies over its new operational base at Hill Air Force Base, in northern Utah. (AP Photo/Rick Bowmer, File)

Singapore plans to buy four F-35 fighter jets from the United States with the option of purchasing eight more to replace its fleet of F-16s.

Defense Minister Ng Eng Hen said Friday that the city-state will put in a request for the Lockheed Martin jets, which would be subject to U.S. congressional approval. He said the price has not been determined.

Ng notes the cost of the jet has been steadily falling due to healthy orders from the U.S. and other countries, with the current unit price ranging from $90 million to $115 million. Singapore plans to retire its older F-16 fleet soon after 2030.

Eyes fleet replacement for the F-16 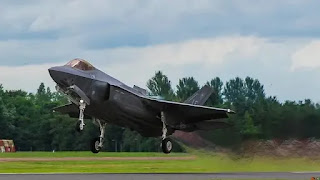 Singapore's defence minister said on Friday that Lockheed Martin Corp's F-35 fighter jets were the most suitable replacement for the country's F-16 fleet, and it planned to initially buy a few for evaluation.

With Southeast Asia's largest defence budget, the wealthy city-state is a key prize for global arms companies as it looks to invest in new technology and upgrade its equipment. Singapore's fleet of around 60 F-16 jets, which first entered service in 1998, will be retired soon after 2030.

"They (defence agencies) have decided that the F-35 would be the most suitable replacement fighter," Defence Minister Ng Eng Hen said in a Facebook post. "We want to procure a few planes first, to fully evaluate the capabilities of the F-35 before deciding on the acquisition of a full fleet."

Will the F-35 beat out ‘the usual suspects’ in Singapore’s search for F-16 replacement? 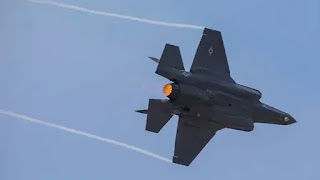 Singapore will decide in the next few months on a new fighter to replace its fleet of Lockheed Martin F-16 multirole fighters, with the F-35 Lightning II Joint Strike Fighter from the same manufacturer seen as the prime candidate.

In an interview with media ahead of the southeast Asian island nation’s Armed Forces Day, Defence Minister Ng Eng Hen said that despite ongoing upgrades, the F-16s face obsolescence beyond 2030. He added the country will make a definitive decision on its replacement in the next few months based on interoperability with Singapore’s current systems and platforms as well as the price. Ng refused to be drawn into further details as to which fighter platforms Singapore is looking at, only saying that the BAE Systems Typhoon, the F-35, Russia’s Sukhois, and Chinese-made stealth fighters are “the usual suspects that you have to look at” when air forces are choosing a new combat platform.

However, Singapore has been evaluating the F-35 since 2013 and Ng had previously suggested that the type was suited to be the replacement for Singapore’s F-16s. Earlier reports suggested Singapore is keen on acquiring the F-35B short-takeoff-and-vertical-landing variant, with the B-model’s STOVL capability seen as useful for Singapore, whose main island has an area of a mere 277 square miles and whose air bases are seen as vulnerable to a first strike.

F-35: How the fifth-generation fighter jet can take RSAF to the next level 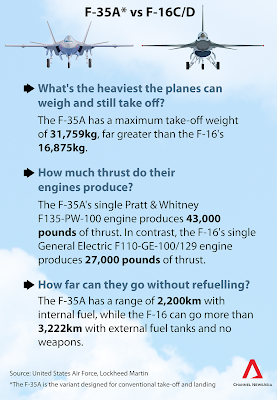 The F-35 hides all its fuel and weapons inside its skin of stealth. (Photo: Lockheed Martin/Angel DelCueto)

At the end of a highly sensitive assembly line, in the nave of an enormous aviation paint shop, lay a hulking lump of metal grey aluminium and titanium.

It was a war machine that showed some qualities of an expensive sports car, with sleek lines, perfect symmetry and a matte finish. But looks didn't mask the fact that this fighter jet is designed to be ultra deadly.

The F-35 Lightning II Joint Strike Fighter (JSF) is so advanced, it can “talk” to other aircraft, see the enemy earlier and avoid being seen better than ever before. It can hunt discreetly in packs or be the all-seeing eye in the sky. 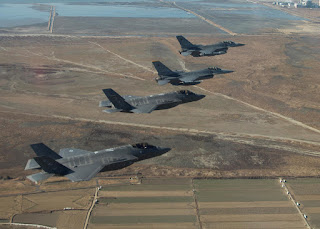 US Air Force F-16 (top) and F-35 fighter jets participate in a training mission in South Korea. Will the F-35 replace the Republic of Singapore Air Force's F-16s?

Singapore announced on Friday (Jan 18) that it would buy a "small number" of F-35 Joint Strike Fighters for "a full evaluation of their capabilities and suitability before deciding on a full fleet".

If the sparse 127-word Ministry of Defence (Mindef) statement spread over two paragraphs left you with more questions than answers, you are in good company. 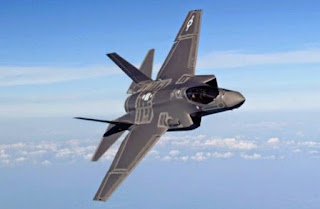 Senior defense officials from Singapore got to see U.S. Marine Corps F-35 fighter jets in action on Tuesday at the Luke Air Force Base in Arizona as the Asian country mulls buying the Lockheed Martin Corp planes, a base spokeswoman said.

The aircraft flew to Luke Air Force Base, a pilot-training center near Phoenix, from Marine Corps Air Station Yuma, which is about 175 miles (280 km) away. Yuma is home to the first operational squadron of F-35 fighter jets, said First Lieutenant Candice Dillitte, a spokeswoman for the Arizona base. The Singapore officials visited the base as part of Forging Sabre, a Singapore armed forces exercise taking place at Luke and at a nearby training range, according to a news release.

Singapore is considering purchasing F-35s in the future, but has not yet committed to an order or the timetable for when it may come. The U.S. government has already approved a letter of agreement for Singapore's possible F-35 orders, which had been expected months ago. 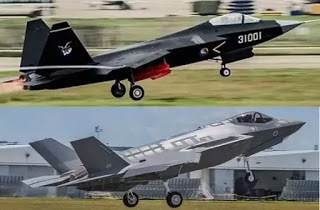 Let’s do a quick comparision between the J-31 and F-35 :
The advantage that the J-31 has over the F-35 is the relatively more affordable price and the absence of political strings attached with arms purchase. Moreover the JF-17 tech-transfer model with Pakistan could be emulated to potential client of the J-31 and this is an attractive option considering that it will also create jobs and add value to client countries’ manufacturing and technology base.

The Israeli Air Force had recently received its first two F-35I “Adir” Lightning II stealth fighters. The introduction of a Fifth-Gen fighter jet in the region will prompted other countries in the Middle East to source for Fifth-Gen fighter jets as well, and this provide immense opportunity for China to introduce the J-31/FC-31 to potential clients such as Iran, Iraq, Syria,Saudi Arabia and other gulf-state countries. It was rumoured that the second J-31 prototype has been testing with modified fuselage (picture below) and will be revealed soon to the public.