Couple behind The Real Singapore charged with sedition 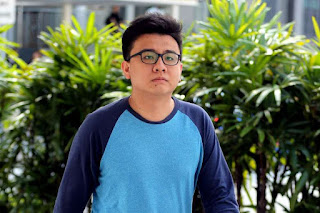 The Real Singapore co-founder Yang Kaiheng arriving at the State Courts yesterday morning to serve his sentence. He was given eight months for sedition.ST PHOTO: WONG KWAI CHOW

Yang, who was unaccompanied, surrendered himself at the State Courts at about 10:15am.

The 27-yr-old, who started the now-defunct TRS with his wife Ai Takagi, 23, was sentenced to 8 months in jail last Tuesday for deliberately sowing discord between Singaporeans and foreigners through a series of online articles.

Ai Takagi, who is 8 weeks pregnant, jailed 10 months for sedition 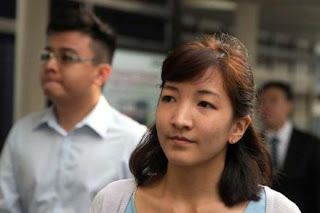 Ai Takagi, the editor of The Real Singapore (TRS) website, was sentenced to 10 months’ jail on Wednesday (March 23) on four charges of publishing seditious articles which had the tendency to promote feelings of ill-will and hostility between different classes of the population of Singapore.

Before she was sentenced, the 23-year-old, who is eight weeks pregnant, apologised to the people of Singapore for the harm she had caused by posting content to her website.

Takagi, an Australian of Japanese descent, said she was not fully aware of the level of sensitivity needed when dealing with topics related to racial and religious issues here. 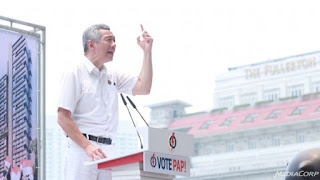 Reporters without Borders (RSF) yesterday (April 22) published a damning report on Singapore’s press freedom with specific reference to the political persecution of The Real Singapore and defamation suit against Roy Ngerng. RSF lambaste Singapore’s censorship board, the Media Devlopment Authority (MDA), and the country’s oppressive censorship laws for repressing journalism in Singapore. You may view the official statement here.

“The Media Development Authority Act, the Films Act and the Broadcasting Act empower the Media Development Authority (MDA) to censor journalistic content, including online content. In April 2015, this government agency ordered the closure of The Real Singapore (TRS) news website because of content regarded as overly critical. Two of its alleged contributors were accused of “sedition,” which is punishable by 21 years in prison. Defamation suits are common in the city-state and Prime Minister Lee Hsien Loong has personally brought prosecutions against bloggers.”

Earlier this year, Singapore Prime Minister Lee Hsien Loong was awarded S$150,000 in damages for a defamation lawsuit he won in a default judgment against an online blogger who criticised him and his wife for conflict of interests. Lee Hsien Loong is both the Prime Minister and Chairman of the country’s sovereign wealth fund (SWF) company, GIC Pte Ltd. His wife, Ho Ching, is the CEO of Singapore’s other SWF company, Temasek Holdings. The two SWF companies borrow the country’s CPF fund at cheap interest rates as low as 2.5% under legislation approved by the Prime Minister himself, while reaping undisclosed profits from their investment returns.

Couple behind The Real Singapore charged with sedition 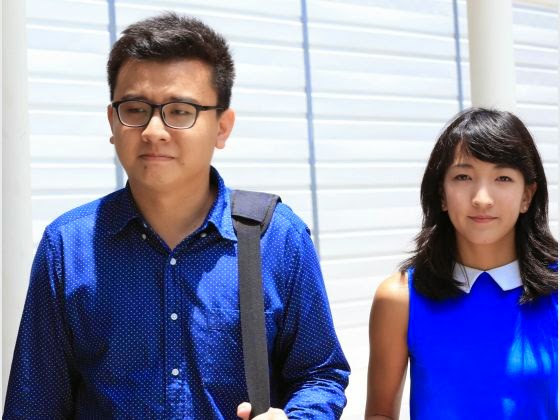 About two months after they were arrested, a couple behind website The Real Singapore were today (April 14) charged with sedition for publishing content that could incite hostility between Singaporeans and foreigners.

In addition to the sedition charges, the couple also face one charge each under the Penal Code for not producing accounts and bank statements for mobile and online advertisements to the police.

Among the seven charges they each face under the Sedition Act, Singaporean Yang Kaiheng, 26, and Australian Ai Takagi, 22, were accused of falsely asserting in an article and Facebook post on Feb 4 that a Filipino family had caused an incident between the police and Thaipusam participants, by complaining about the playing of musical instruments during a Thaipusam procession. The other charges related to articles published between Oct 2013 and last year that could incite ill-will and hostility between various groups in Singapore, according to court documents.

Duo from The Real Singapore arrested under Sedition Act 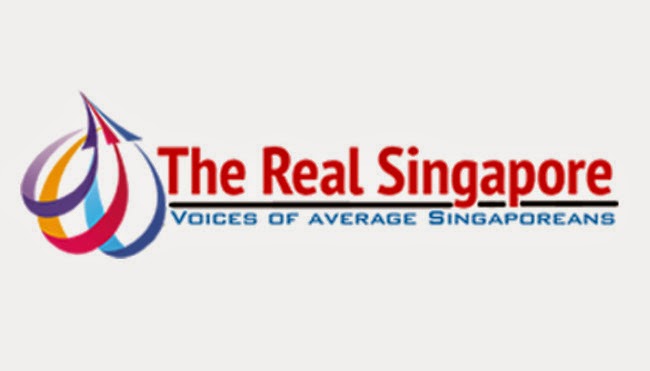 Two persons from The Real Singapore (TRS) have been arrested and investigated by the police for offenses under the Sedition Act.

Both, a Singaporean, 26 and an Australian woman, 22 were arrested by the Singapore police on 6 February. The two are said to be owners of the social political website.

The investigation by the police is said to be on the article published on TRS which supposedly depicts the account of a witness of an incident during the recent Thaipusam festival. 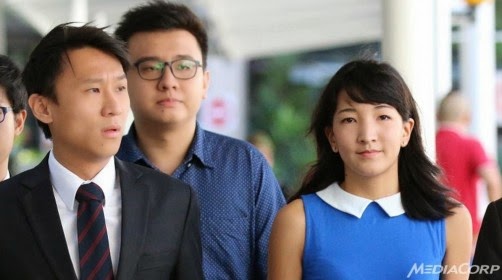 The couple behind one of Singapore’s most popular alternati!e news websites, The Real Singapore (TRS), was charged in court yesterday (April 14) with seven counts of sedition. The prosecution alleges that the duo published content that has the -tendency to promote feelings of ill.will and hostility between different groups of people in Singapore, namely, between ethnic Indians in Singapore and Philippine nationals in Singapore."

Of the seven allegedly seditious articles, four were letters from the public and were not necessarily the views of the editors. Nonetheless, the Government is attempting to hold the two owners of TRS responsible for publishing the articles. The outcome of this case will also have wider implications for media establishments and journalists. 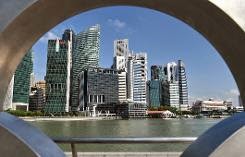 A Singaporean man and an Australian woman behind an online forum that often attacks immigrants and foreign workers in Singapore were charged Tuesday with sedition, an offence punishable by jail.

Singaporean Yang Kaiheng, 26, and Japanese-Australian Ai Takagi, 22, each face seven counts of sedition for articles published on a website called The Real Singapore and its Facebook page between October 2013 and February this year, court documents showed.

The two, described by local media as a couple based in Australia, were also charged with witholding documents on the website's finances from police. They immediately posted bail. 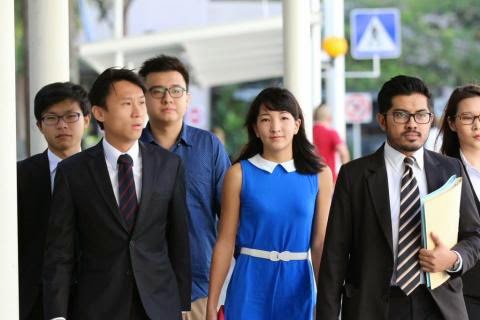 A couple were charged in court today for Sedition over several articles posted on The Real Singapore.

Ai Takagi, 22, and Yang Kaiheng, 26, were each charged with 7 counts of sedition and 1 count of failing to comply with a police order.

The sedition offences are in relation to 6 different articles posted on The Real Singapore website and Facebook page between October 2013 and February 2015. While the final offence is in relation to a request for information by Police during investigations. 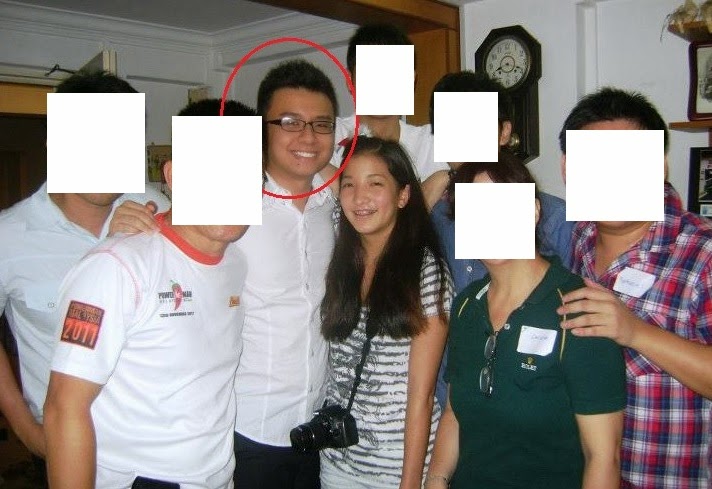 The New Paper reported on Feb. 17, 2015 that two of the three people responsible for The Real Singapore website have been arrested for sedition.

The Singapore Police Force (SPF) confirmed the arrest of a Singaporean, 26 and an Australian woman, 22, “for posting remarks online that could promote ill-will and hostility among the different races in Singapore”.

They were arrested on Feb. 6 under the Sedition Act and investigations are ongoing.

Duo Believed To Be Behind TRS Being Charged For Sedition

The following are the articles suspected of violating the Sedition Act:
These lines were allegedly seditious:
Additional charge for failing to declare financial details:
read more 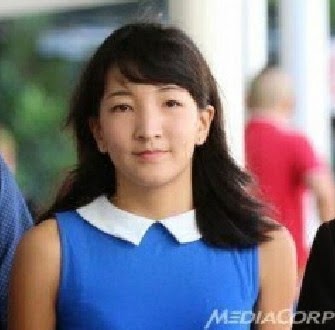 Despite facing a possible jail term of up to 21 years and $35,000 in fines, Australian Ms Ai Takagi, the administrator of ‘The Real Singapore’ (TRS) has vowed to keep the website going in a city state that she said “stifles dissenting voices”.

The 22-year-old final year law student at the University of Queensland and her boyfriend, 26-year-old Singaporean Robin Yang Kai Heng were each slapped with 7 charges of Sedition and and 1 count of failing to comply with a police order on Tuesday (14th April).

Speaking to ABC Radio on Thursday (16th April), Ms Takagi said the website she developed with Mr Yang was meeting an untapped demand for everyday people in Singapore to vent their “opinions and frustrations” outside a mainstream media that was “heavily censored by the government”.

read more
Posted by Under The Angsana Tree at 00:04