The Ministry of Manpower (MOM) today announced new rules that require employers to consider Singaporeans fairly before hiring Employment Pass (EP) holders. Firms with discriminatory hiring practices will be subject to additional scrutiny and may have their work pass privileges curtailed. These changes will reinforce expectations for employers to consider Singaporeans fairly for job opportunities and enhance job market transparency.

“Providing better jobs and diverse opportunities to meet Singaporeans’ aspirations are the ultimate objectives of economic growth. Even as we remain open to foreign manpower to complement our local workforce, all firms must make an effort to consider Singaporeans fairly. ‘Hiring-own-kind’ and other discriminatory practices that unfairly exclude Singaporeans run against our fundamental values of fairness and meritocracy”, said Acting Minister for Manpower Tan Chuan-Jin.

The new rules, known as the Fair Consideration Framework (FCF) (公平考量框架), draw on feedback from Singaporeans who have submitted their views to MOM, through MOM’s Our Singapore Conversation (OSC) on Jobs and from key stakeholders such as the National Trades Union Congress (NTUC) and employer groups.

TAN CHUAN JIN: WE FOUND OVER 50 COMPANIES WITH TOO MANY FOREIGN PMETS 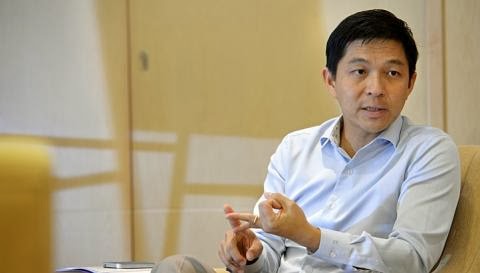 Giving an update about the progress of the Fair Consideration Framework (FCF), Minister for Manpower, Tan Chuan Jin said that the government has identified over 50 companies with too many foreigners in PMET positions.

A company is considered to have too many foreigners if they hire a significantly larger proportion of foreigners compared to other companies in the same industry.

This is a good comparison as it would be difficult for companies to argue that there were no suitable locals for the job given that other companies in the same industry were able to hire locals.

related: TAN CHUAN-JIN: THERE'S NO POINT PURSING A DEGREE IF IT CAN'T HELP YOU FIND A JOB

Employers will have to advertise job vacancies on a new government jobs bank for at least 14 days before they apply to hire an Employment Pass (EP) holder, starting from Aug 1 next year.

The new rule, applicable to jobs paying up to S$12,000 a month, is aimed at making firms consider Singaporeans fairly for a job, said the Ministry of Manpower (MOM).

Firms that do not comply will not have their application for an EP approved. Those that have disproportionately low numbers of Singaporeans at the PME level or are repeatedly complained of nationality-discrimination in their hiring will come under “additional scrutiny”, said the MOM.

Firms will be increasing their focus on hiring locals in the year ahead, according to a global salary survey by recruitment consultancy firm Robert Walters.

The Fair Consideration Framework, to be launched this August to bolster the hiring of Singaporeans, is expected to drive higher salary levels in both permanent and contract recruitment.

Firms must show they tried to hire S'poreans first

From August next year, firms that want to hire foreign professionals must prove that they have tried to hire Singaporeans

These employers have to advertise for Singaporeans to fill the vacancies in a national jobs bank administered by the Singapore Workforce Development Agency, the Manpower Ministry said on Monday. Firms with 25 or fewer staff will be exempted from advertising rule, or those hiring for jobs paying $12,000 and above a month.

Those who do not advertise in the national job bank will have the foreigners' Employment Pass (EP) applications rejected. The move is part of a Fair Consideration Framework announced by the ministry that requires employers to consider Singaporeans fairly before hiring foreigners.

Besides the advertising rule, firms that have "disproportionately low concentration of Singaporeans" holding professional, managerial and executives jobs will have their hiring practices come under greater scrutiny by the ministry. The MOM will however not name these firms.

Firms must show they tried to recruit Singaporeans first

Companies will soon have to prove they tried to hire Singaporeans first before they are allowed to recruit foreign professionals.

They will also have to pay the foreigners more, as part of a new move by the Government to prod companies to consider Singaporeans for vacancies instead of hiring non-citizens.

Central to these measures is a new government-run jobs bank which takes effect next August.

Sweeping statements in Singapore: “Do you want to be a road sweeper?” parents routinely warn their children

“If you don’t [insert desired response here], you’re going to end up as a road sweeper,” you overhear the parent say to his young child. It is a familiar scene in Singapore. “Do you want to be a road sweeper?”

Daunted by the terrifying spectre of an unglamorous, low-wage profession, the young child complies; the triumphant parent beams, and gives a nod of approval. Welcome to the world of social conditioning, where we learn what we want – or rather, don’t want – to be when we grow up, before we have even learn to read the job titles.

It is embedded into our psyche. And it has given rise to a mega-wealthy Singapore where three-quarters of those aged between 25 and 34 years have a diploma or degree, and two-thirds of the population are expected to be employed in jobs as professionals, managers, executives or technicians (PMET) by 2030.

In my first job after graduation in the 1990s, I worked in a multinational corporation that was a microcosm of a truly cosmopolitan city. My colleagues came from all over the world: from the U.S., the U.K., New Zealand, Australia, Latin America, Japan, Philippines, and neighboring Malaysia. Nonetheless, the core group of employees was still Singaporeans of various ethnicities, who filled not just junior positions but top and middle management positions as well.

My gross salary then was not inclusive of employer CPF contribution. When I requested for a pay raise after working for a year, my Singaporean boss not only consented; he also offered the same increment to a foreigner doing the same work as I, whom he thought was just as deserving. My boss did not show favoritism or discriminate based on nationality, but nonetheless because of the increase in employer CPF contribution in accordance with my pay raise, my total income was still higher than my foreign colleague’s.

Today I work in a local organization that is staffed predominantly by foreigners of one nationality and ethnicity. The clerical and support positions are still filled by Singaporeans but we are the minority in positions at my level and above. My boss is a foreigner and the human resource manager is a Singaporean. My foreign colleagues and I holding the same position are paid roughly the same gross salary, but today my gross salary is inclusive of employer CPF contribution. The influx of foreign talents into Singapore labour market has always been one of my top concerns. I believe the majority of our local PMEs (Professionals, Managers & Executives) view foreign talents as taking away their career opportunities in Singapore.

The question of whether “Singaporeans First” or “Fair Consideration for Singaporeans” when it comes to employment opportunities was a hot topic during our discussion. Before you jump to conclusions, read on and slowly formulate your personal thoughts. As always, remember to share your thoughts in the comments section.

“We are putting Singaporeans first,” Prime Minister Lee Hsien Loong said in his National Day Rally speech on August 14, 2011, three months after the May 7 general election which returned the People’s Action Party to power with the slimmest majority since independence. Now, two years later, we are seeing the government acting at last on one of the biggest grouses of Singaporeans.

Singaporeans will have to be considered first before companies can hire foreigners. Anyone looking for a better job in this tight labour market, where unemployment is a paltry 2.1 per cent, will be familiar with the boilerplate last line in want ads: “Only Singaporeans and permanent residents need apply.” Now the rule is being tightened. From August next year, companies will have to advertise for Singaporeans first before they can apply for employment passes to bring in – is that the phrase? – “foreign talent”.

The phrase is so yesterday. Once you could not even finish the paper without coming across the phrase. Now it has become the linguistic equivalent of a persona non grata. It seems to have been banished from the vocabulary of ministers and officials. 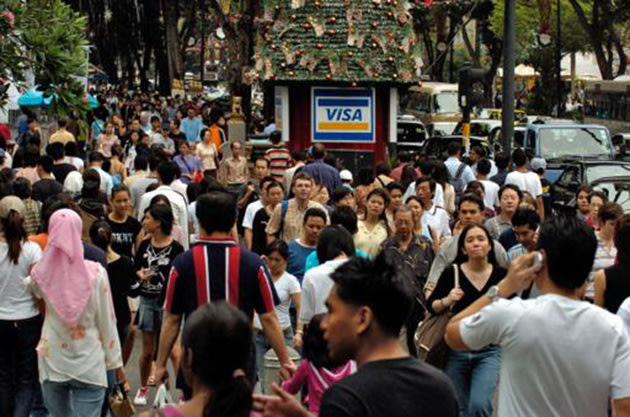 Singapore's online community has been abuzz with talk of foreigners (what else?), employment practices and the concept of "Singaporeans First".

“This position is open to candidates who are not Singaporean Citizens or PR.”

It was this short sentence in an advertisement posted by Randstad that blew up a simple recruitment exercise into a major controversy. To many outraged readers, this sentence indicated that the company was not interested in Singaporean applicants. It was therefore a clear example of how Singaporeans were being unfairly treated and discriminated against by employers.

This played straight into the rhetoric of those insisting on portraying Singaporeans as the pitiable, bullied victims of a deliberate campaign to squeeze them out of their own home (see my previous article). Look at what these employers are doing! They’re employing foreigners and leaving Singaporeans jobless and hungry! Look at these foreigners, taking our jobs and ruining our lives!

Question: Will Acting Manpower Minister Tan Chuan-Jin direct his ministry to investigate and take action against such errant recruitment agency? 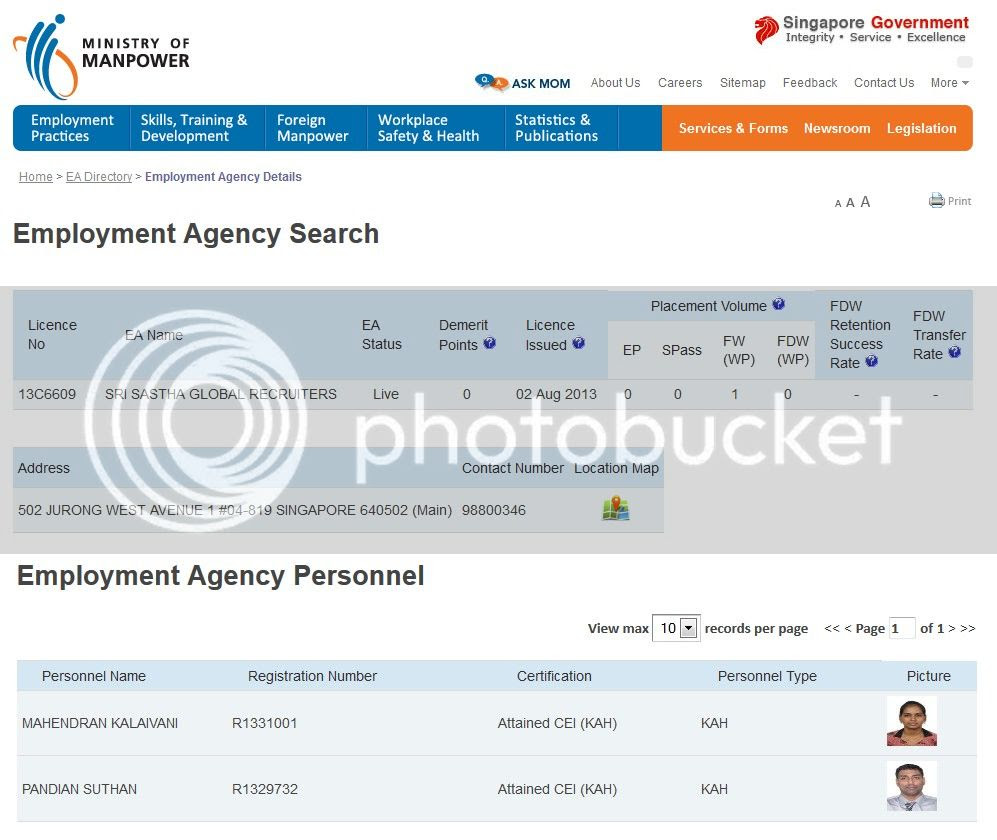 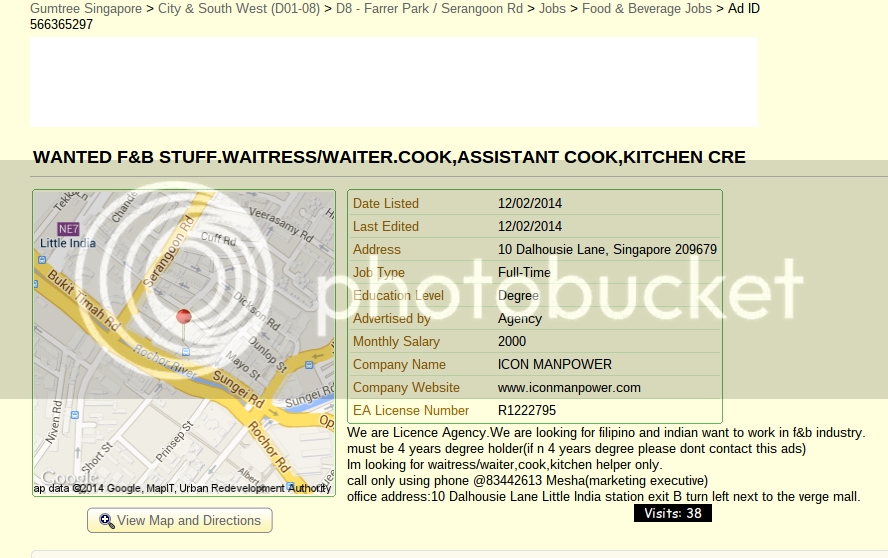 SINGAPOREANS FIRST? YES, BUT EQUALITY AND INCLUSIVENESS TOO, PLEASE

Google images: Jolovan Wham (left) is a hardworking social worker in Singapore helping foreign workers who got discriminated and exploited

This week, the alleged discriminatory practices of Swiss restaurant La Fondue, the formation of a Filipino sub-committee in a local Resident’s Committee and Ranstad’s job advertisement have re-ignited the debate about immigration and the need for a Singaporeans First policy. But ‘Singaporeans First’ only makes sense when we can ensure equality for everyone who lives and works here. We need to find a common target because the real enemy are policies which systematically subordinate employees to unbridled business interests.

This is a government which panders to businesses, and allows them to hire and fire at will, whether they are low wage workers or PMETs. We don't ensure decent wages for our cleaners and security guards because we refuse to make things difficult for employers. Wages have stagnated, and we have one of the highest income inequality rates in the world.

related: 'Singaporeans First' is not what got us here today
read more

As a small country, it is inevitable for Singapore and our citizens to feel the full impact of Globalization. It is inevitable for us to bring in more foreign workers, be it talents or otherwise, to supplement our workforce which will face contraction due to aging population caused by low fertility rate.

However, we must always remember that for whatever policies the ruling party of the day make, it must be solely for the benefits of our citizens. Thus, Singaporeans' interests must be the FIRST PRIORITY of ALL policies made by the government.
read more

As a citizen of any country, it is ludicrous to not have in place and/or expect a Citizens First policy.

This is neither about being selfish, unfriendly, myopic, nor xenophobic.
The primary purpose of any country's government has to be to serve and protect its citizens first.

Our Sg Wages
Wages, wages, wages!
Ideals and the man - Prof Lim Chong Yah
Posted by Under The Angsana Tree at 00:08