Most MPs voice their support for Budget 2013

Most MPs, including the opposition, continued to voice their support for Budget 2013. Opposition MP for Aljunied GRC Pritam Singh noted how the government has acknowledged that meritocracy alone will not assure Singaporeans of social mobility.

Other MPs described the Budget as inclusive and forward-looking.

They spoke about how the government has introduced measures to restructure the economy for better jobs and focus on building a fair and inclusive society.

Opposition MP Pritam Singh said Budget 2013 signalled a policy shift in line with the Workers’ Party’s belief that the government can do more for Singaporeans on the social front.

Mr Pritam Singh, MP for Aljunied GRC, said: “For the longest time, the state discourse in Singapore has eschewed any reference to welfare. Similarly, the state has tended to place meritocracy on a pedestal. Political leadership has tended to frame both issues in the extreme, with welfare representing the bad, and meritocracy representing the good.

Parliament has started debate on this year's Budget, and MPs lauded it for its greater wealth re-distribution while helping the low- and middle-income groups.

But many raised concerns over the cost of living, issues of social mobility and struggles faced by companies as they restructure.

Chairman of the Government Parliamentary Committee (GPC) for Finance and Trade and Industry, Jessica Tan, was the first of 27 MPs to speak. After all the fireworks during the debate on the Population White Paper in January, the Parliament sitting on the Budget today has gotten off to a comparatively subdued start.

Nearly 30 Parliamentarians stood up to give their views on it on the first day, but most chose to zero in on the finer details of the Budget, recommending small tweaks here and there.

Some wanted changes to car loan rates, others called for more help for the elderly, others put forth the plight of small and medium enterprises.

While MPs have lauded this year's Budget for its greater wealth re-distribution, the spotlight was also on another key thrust - that of inclusive growth.

Measures were also put in place to promote social mobility from the ground up, by providing quality pre-schools that is affordable and accessible.

Mr Christopher De Souza, MP for Holland-Bukit Timah GRC, said: "How we work towards building up such a culture could either involve tapping on the synergy generated by private-public initiatives - such as that by the welfare organisation Care Corner to give disadvantaged children access to high-quality pre-school education - or by subsidies or by going the broad way and nationalising pre-school education altogether.

Tax income of the rich even more: WP’s Sylvia Lim 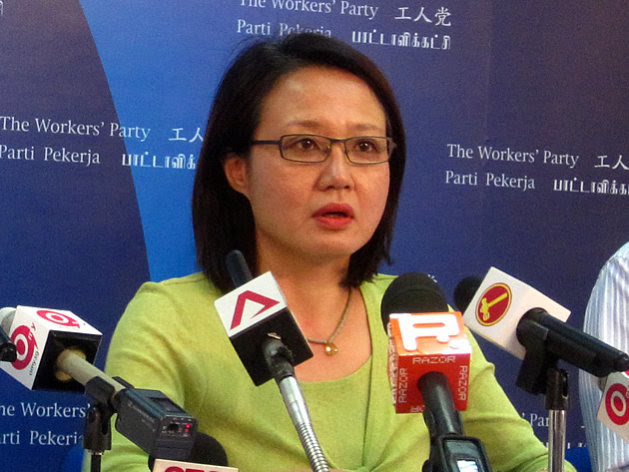 Singapore’s income tax system can be changed to place a larger burden on the rich than what has been proposed, said Workers’ Party (WP) chairman Sylvia Lim.

Speaking on the opening day of the Budget debate in Parliament on Tuesday, Lim argued that there is room for greater differentiation in the existing tax system, as the threshold that exceeds the current maximum bracket of $320,000 in annual income includes a wide range of professions, from university professors to bankers who earn in the range of millions of dollars annually.

“I believe Singaporeans on the whole see the wisdom and need for this (more progressiveness), including those who are better off,” she said. “There should be a fair contribution towards our fellow citizens and to the country as a whole.”

In his Budget speech 2013 last week, Finance Minister Tharman Shanmugaratnam announced that he would continue with the Government’s plans to reduce the number of foreign workers coming into Singapore.

This, he said, is in line with the recommendations made by the Economic Strategies Committee that he chaired in 2010. The minister noted that the number of foreign workers in Singapore had dropped to 67,000 in 2012 compared to the previous two years. He admitted that this number was still high and promised to curtail it further.

But how is Mr Tharman going to square the circle?

A Page 1 view of Budget debate

There was little debate in the media this morning about what took the spotlight at Day 1 of the Budget debate yesterday: the $3.6 billion Wage Credit Scheme.

Except for Zaobao and TNP, the mainstream media zeroed in on what they described as the “centrepiece” of the Budget this year – though, it was hard to determine if the overall take on the issue was negative or positive.

ST appeared to be more neutral in its Page 1 coverage. “MPs zoom in on Wage Credit Scheme”, read the report’s headline. The newspaper said the three-year plan came under “close scrutiny”, with many MPs asking if it was “too generous”, even as they welcomed the subsidies.

Member of Parliament Inderjit Singh (AngMo Kio GRC) has called for a five-year transition to a government-assisted minimum wage system.

The minimum wage should be set at $1,500 a month, and the Government would support companies by topping up wages to the required level, he said. This would encourage more people to enter the workforce, help lift wages at the bottom and provide a clearer and more certain roadmap for economic restructuring, he added. The government funded wage top up would end after five years.

Foreign construction workers working on the facelift of the SLF building of Thomson Road. The Government is right to tighten foreign worker inflows as Singapore restructures but Ms Lee Bee Wah (Nee Soon GRC) worries that the pace of productivity improvements may not match the cuts in foreign manpower. -- ST FILE PHOTO: KUA CHEE SIONG

The Government is right to tighten foreign worker inflows as Singapore restructures but Ms Lee Bee Wah (Nee Soon GRC) worries that the pace of productivity improvements may not match the cuts in foreign manpower.

On day two of Parliament's debate on Budget 2013 on Wednesday. Ms Lee said workers and supervisors need time to learn and adopt new technology. Thus, productivity is likely to dip during this transition stage before it picks up, she added.

Focusing on the construction sector, she noted that in 2010, the Government announced a 40 per cent cut in man-year entitlements, that is, the quota of foreign construction workers allocated to contractors for each construction project.

A crowded MRT train on the North-South Line. Two MPs made the call on the second day of the Budget 2013 debate to freeze public transport fare increases until service levels improve. -- ST FILE PHOTO: MUGILAN RAJASEGERAN

Two MPs made the call on the second day of the Budget 2013 debate to freeze public transport fare increases until service levels improve.

Ms Lee Bee Wah (Nee Soon GRC) called on public transport operators to respond to the Government's call to raise productivity and innovate so as to reduce their operating costs, instead of passing them on to commuters.


Parliament saw more calls for flexi-work arrangements on Wednesday to allow Singaporeans to have more quality time with their families.

While some suggested legislating flexi-work, others asked for an independent commission to look into work-life balance practices for women and a more family-friendly Singapore.

Member of Parliament for Punggol East, Lee Li Lian, said: "The setting up of this commission will signal a commitment to look into the complex issue of work-life balance, taking into consideration the needs of not just businesses but the larger society.

Workers' Party MP Muhamad Faisal Abdul Manap questioned on Wednesday if the new heartland social service offices introduced in this year's Budget would end up duplicating services provided by other agencies and adding another layer of bureaucracy for needy families to contend with.

Mr Faisal (Aljunied GRC) said he was "puzzled" that while the Government frowns on a welfare state, it was introducing additional bureaucratic levels with the 20 new social service offices.

These offices, to be located in Housing Board towns, are meant to act as one-stop centres where needy residents can get help close to their homes, without having to go to multiple agencies.

Transport Ministry gets highest number of Budget cuts from MPs


Singapore's Members of Parliament have filed 455 cuts for the forthcoming debate in the Committee of Supply for the various ministries and organs of state during the ongoing Budget debate.

The highest number of 50 topics has been filed with the Transport Ministry, followed by the Ministry of Manpower and the new Culture Community and Youth Ministry (MCCY), which have close to 40 topics filed under their headings.

Among the topics raised for the Transport Ministry include public transport capacity, train reliability and connectivity.

Going through the Ministry of Finance’s budget archives is like stepping into a time machine; all past worries resurface and give us insights into our current priorities.

Budget 2013: the priority is to transform the economy so that quality growth provides all Singaporeans a better quality of life and so a more inclusive society benefits the most vulnerable.

Budget 2012: the priority is to strengthen Singapore through an upgraded and restructured economy based on better jobs, higher incomes, and more inclusive policies.

Budget 2011: the priority is to raise productivity, enhance social mobility, and alleviate rising costs of living. 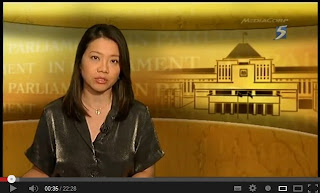 continued from: Response To Budget 2013