Singapore unveiled a budget heavy on social spending on Monday and imposed new curbs on companies hiring foreign workers as the city-state tries to reduce its dependence on overseas labour and address a widening income gap.

Singapore, the Asian base for many Western multinationals and banks, has been trying to restructure its economy by getting restaurants and other services firms to boost productivity and curb their reliance on low-skilled foreign workers.

The government is also trying to narrow an income gap that is one of the largest among developed countries, and the latest budget included increased subsidies for pre-school education as well as cash transfers to Singaporeans earning less than S$1,900 ($1,500) a month.

Singapore Budget 2013: Essentials that startups should know about

The Singapore government has earlier today announced the Budget 2013, essentially the government’s vision for how it will allocate its money. This year’s Budget has several focus areas: lowering dependency on foreign workers, raising work productivity, ramping up investments in sports, arts, and innovation, and making Singapore a more sane city to live in for families and seniors.

Singapore’s tech startups should definitely watch this Budget and subsequent announcements closely. To make your task easier, here are the highlights:

Lowering companies’ reliance on foreign workers - The government has stipulated that the Dependency Ratio Ceiling will be cut further. What this means is that the allowable ratio for locals and foreign workers will continue to shift in favor of Singaporeans. In the services sector, the DRC will be reduced by 5 percent to 40 percent.

Singapore has said it will impose more limits on numbers of foreign workers and has called upon businesses to help upgrade skills of the local workforce.

The limits include more levies on firms that employ low-skilled foreign workers, a cut in foreign worker quotas and stricter qualification guidelines.

Singapore tightened curbs on foreign labor for a fourth straight year and unveiled measures that will raise wage costs for companies through 2015, as the government steps up efforts to increase productivity among businesses.

Companies must pay higher levies for lower-skilled foreign employees over the next two years and cut the proportion of overseas workers in some industries, Finance Minister Tharman Shanmugaratnam said in his budget speech yesterday.

“This is really killing a lot of businesses, many companies are dying,” said Max Lee, managing director of Plasma Precision Technology Pte., which makes and repairs equipment used by offshore marine companies. His wage costs have risen 15 percent in the past year. “We are losing competitiveness and productivity.” 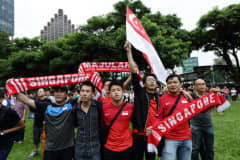 Singapore, the wealthy Southeast Asia city-state, whose government has faced growing resentment over a widening wealth gap and rising cost of living, announced a slew of measures in its latest budget to appease its disgruntled citizens.

The government's 2013 budget, which placed greater emphasis on wealth redistribution than in previous years, included measures such as cash transfers for lower income citizens and raising taxes for owners of high-end residential properties and luxury cars, together with making it more difficult to hire foreign workers.

These latest measures seem to have gone down well with citizens, who just 10 days go gathered in a rare protest against swelling costs driven by an influx of foreigners.

It's no fun being Finance Minister when the Budget is being presented. Rich or poor, everybody has a gripe to justify taking pot shots at Tharman Shanmugaratnam.

The folks who gathered at Hong Lim Park made their views felt about the foreign hordes, but the businessmen will be casting the first stones. Overall, foreign workers now account for nearly 34 per cent of Singapore's total workforce. The cold turkey treatment will be rolled out to trim this presence.

In the construction and process sector, levies will be raised by $150 between July 2013 and July 2015. A higher levy of $300 will be imposed on workers hired outside a firm's Man-Year Entitlement (MYE). For the services sector, the overall Dependency Ratio Ceiling (DRC - maximum permitted ratio of foreign workers to the total workforce that a company is allowed to hire) will be cut from 45 per cent to 40 per cent.

I was lamenting to myself for not putting up more of my thoughts for Budget 2012 because now I find it impossible to compare this one with last year's. In fact until I checked I was under the impression that I didn't blog about it at all.

As usual the Fin Min managed to make it look good except in the places which you are more interested and familiar to assess the impact.

Wifey and I were discussing this on the way to work this moring: the minimum wage versus the increase in workfare. I said, gotta to make some calculations which I am loathe to do because I need to pause and think how to do it.

A ground level look at Budget 2013

What’s there not to like about Budget 2013? That depends on what’s your instinctive reaction after hearing/reading DPM Tharman speech yesterday?

Aspiring first-time car owner: “What? Forty per cent cash down for a car? How can? Can those China-made cars please come back? Wait, the COE will be higher than the price of the car..’’

Rich guy: “How dare they tax my second home at the Sail, my third at Sentosa Cove and my fourth in Bukit Timah! Time to buy a building at Iskandar.’’

In keeping with the trend in recent years, the Government has continued to increase social spending in this year's Budget, raising it by almost 10 per cent from 2012.

Under the 2013 Budget, the government will significantly increase its spending allocation in the ministries under this sector.

The Health Ministry will see a jump of 18.2 per cent, with the money going to increase the quality of healthcare services and to maintain affordability through subsidies as the population ages 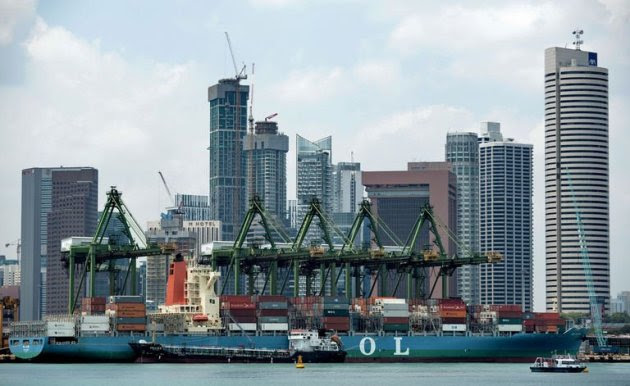 Singapore’s government proposed budget for the next fiscal year offers a significantly more progressive and balanced strategy than before, say analysts in the corporate and finance sectors.

Sharing their views in the wake of Monday afternoon’s budget announcement by Deputy Prime Minister and Finance Minister Tharman Shanmugaratnam, experts said the government’s strategy of taxing the wealthy and assisting the poor further will benefit lower and middle-income Singaporeans the most.

The core strategy to increase the real wages of lower-income Singaporeans may be fundamentally flawed, because of the assumption that employers will share most of their productivity gains (even if they are achieved) with workers by increasing their wages.

With rising costs from higher foreign worker levies in some sectors and jobs announced in the Budget, rentals, Certificates of Entitlement (COE), etc, will most employers share most of their productivity gains with workers?

How many times and years have we heard the same story in the Budget, that we will do this and do that and productivity will rise, but it never happen?

Where the Government gets most of its revenue from over the years: An interactive guide

More stamp duty and motor vehicle-related taxes allowed the Government's revenue for the 2012 fiscal year to exceed its initial estimate.

The overall budget surplus was also boosted as a result, to $3.86 billion, compared to an initial estimate of $1.27 billion.