Could red meat give you kidney failure? 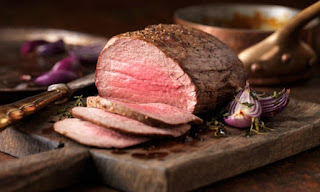 Eating too much red meat such as beef increases the risk of kidney failure, a new study warns

But switching to chicken or fish from time to time significantly reduces this risk.

Chronic kidney disease (CKD) is a long-term condition which is more prevalent in the elderly.

The kidneys do not work effectively and those at high risk have a family history of it, have high blood pressure or are diabetic.

Replacing red meat in one’s diet with other types of food containing protein, such as poultry and fish, is linked to a reduction in risk of developing kidney failure, a study conducted by researchers in Singapore has found.

A reduction of up to 62 per cent in the risk of developing end-stage renal disease – which requires dialysis or a kidney transplant – was associated with one serving of red meat being substituted with other sources of protein, going by the study’s findings released yesterday.

Almost all of the red meat consumed by study participants was pork. The research was led by Professor Koh Woon Puay from the Duke-NUS Medical School and NUS Saw Swee Hock School of Public Health.

In the study, 97 per cent of red meat intake by participants consisted of pork.

In contrast, no association was found between kidney failure and the consumption of poultry, fish, eggs or dairy products.

The study was conducted over 15 years and involved more than 60,000 Chinese adults in Singapore. Participants were aged between 45 and 74 at the start of the study.

read more
Posted by Under The Angsana Tree at 09:15