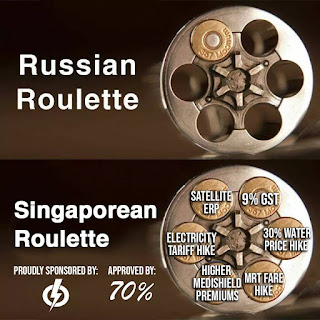 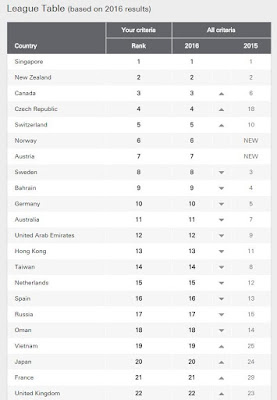 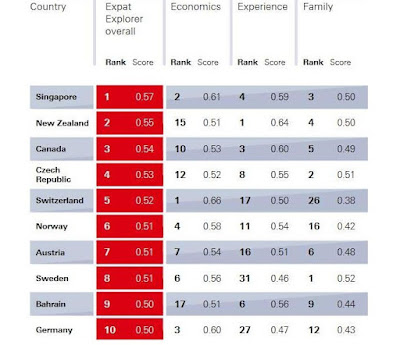 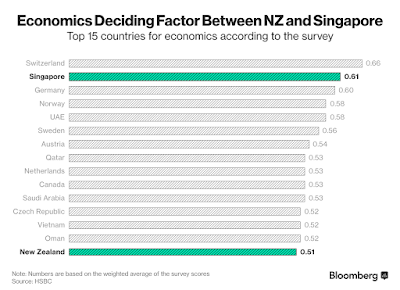 Singapore has done it again. The city-state beat New Zealand to rank first in a survey of expat destinations for the second year running. Among nearly 27,000 expats in 190 economies, Singapore is the best place to live, work and raise a family abroad, according to the latest and ninth edition of HSBC Holdings Plc’s annual Expat Explorer report.

While New Zealand came close to Singapore in most areas, what dragged down its ranking was economics -- the category covering earnings and career prospects. New Zealand was rated 41st for personal finances in the survey, far behind Singapore’s eighth place under this metric.

No other Asia-Pacific economy made it to the top 10 overall ranking of expat destinations, with Australia, Hong Kong, Taiwan, Vietnam and Japan rounding up the top 20. The U.S. placed 30th overall. 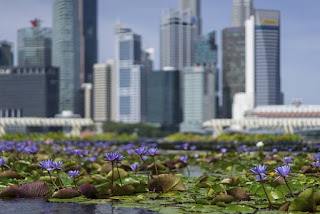 Do you want great career progression in a stable economy? Then look no further than Singapore. Seeking the perfect environment to start a new business? Then London, Dubai, Singapore and Hong Kong are the cities to investigate. Interested in a family-friendly culture that outstrips anything you can find in your home country? Sweden could be your destination of choice.

These are just some of the findings in the latest HSBC Expat Explorer survey (Balancing Life Abroad), now in its eighth year, using a sample of 21,950 respondents from 39 countries, and focusing on three categories: economics, experience and family.

Singapore the best place for expats, according to HSBC survey 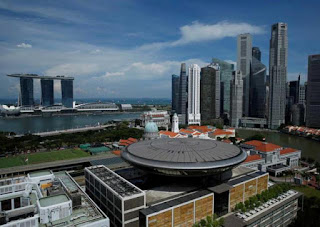 S'pore has topped the table of best expatriate destinations for the 2nd year running, but Sweden is the best place for raising children, while Switzerland offers the best wages, according to an influential global survey.

The UK & the US, meanwhile, languished around mid-table on HSBC's 9th annual Expat Explorer survey.

Almost two thirds of "expats" told HSBC that their overall quality of life improved after moving to Singapore. HSBC defines an expat as any adult currently living away from their country of origin, and interviewed almost 27,000 people in 190 countries to get its findings. 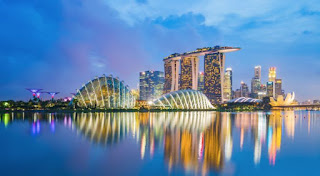 Based on responses from almost 27,000 expats in 190 countries, the survey also found that Singapore was adjudged as one of the world's four best locations – along with Hong Kong, the UK and US – for an expatriate seeking to advance his or her career.

The survey, conducted for HSBC by YouGov, asked expats how easy it was for them to live, work and raise a family where they were based.

Dean Blackburn, head of HSBC Expat, said, “Expats consistently tell us that moving abroad has helped them achieve their ambitions and long-term financial goals, from getting access to better education for their children to buying property or saving more for retirement. 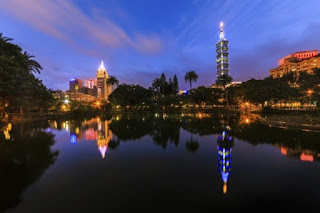 According to the survey results, expats living in Taiwan enjoy the most financial freedom and quality of life. — AFP-Relaxnews pic

PARIS, Aug 29 — According to a newly released ranking of the top 10 expat destinations around the world, the happiest expats live in Taiwan.

In their third annual report, expat network InterNations polled 14,000 respondents representing 174 nationalities to come up with the top 10 places to live as a foreigner. This year, Taiwan knocked two-time front runner Ecuador off its perch and into third spot. Malta came in second place. The list ranks 67 countries in total.

Singapore scored highest in HSBC’s 2016 Expat Explorer survey, taking the top spot for a second year. New Zealand took the crown in the experience subcategory, while Switzerland dominated in economic terms and Sweden won on childcare. Some 27,000 people participated in the annual poll.

Singapore-based hedge funds outperformed Asian rivals during the first seven months of the year thanks to a greater focus on India and global markets, according to data provider Eurekahedge Pte.

Singapore’s housing market is still weak, with house prices falling 2.94 percent during the year to the second quarter of 2016, revealed a report from Global Property Guide. But demand is now stronger, with 2,256 new units sold in Q2, up 59 percent from the previous quarter and 6.6 percent higher than a year ago, data from the Urban Redevelopment Authority (URA) shows 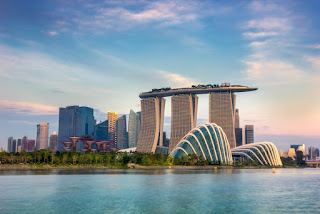 Singapore has been named the best country to live, work and raise a family abroad for the second year in a row, results of an expatriate survey showed.

Global bank HSBC's Expat Explorer 2016 survey polled nearly 27,000 expats from 190 countries and territories, including 533 from Singapore, in March and April. It found that 62 per cent of expats living in Singapore said they are earning more here, while 66 per cent felt their quality of life is better compared with their home countries.

"62 per cent of those based (in Singapore) agree it is a good place to progress their careers, compared with 43 per cent globally and 42 per cent in the region," added the report for the survey, which was conducted by YouGov.

related: Singapore is 10th most expensive Asian city for expats

Singapore Tops the Charts as Best Overall Destination for Expats

For the second year in a row, Singapore takes the top spot in HSBC's Expat Explorer country league table. Expatriates in Singapore enjoy some of the world's best financial rewards and career opportunities, while benefiting from an excellent quality of life and a safe, family-friendly environment.

More than three in five (62%) expats in Singapore say it is a good place to progress their career, with the same proportion seeing their earnings rise after moving to the country (compared with 43% and 42% respectively of expats globally). The average annual income for expats in Singapore is USD139,000 (compared with USD97,000 across the world), while nearly a quarter (23%) earn more than USD200,000 (more than twice the global expat average of 11%). 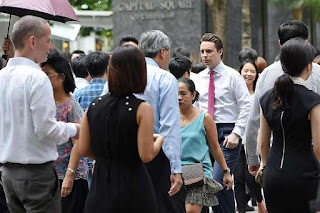 S'pore has been named the best country for expatriates for the 2nd year in a row, according to a survey commissioned by HSBC. Nearly 27,000 expats from 190 countries and territories (including 533 here) were polled. S'pore scored highly across all key indicators such as salary, quality of life and family-friendly areas.ST FOTO: SEAH KWANG PENG

Singapore has been named the best country for expatriates for the 2nd year in a row, according to a new survey.

The annual poll found the country scored highly across all key indicators such as salary, quality of life and family-friendly areas.

That strong sense of personal and financial security has set Singapore apart from the rest of the world, placing it in 1st place on the overall league table, ahead of New Zealand and Canada. The Czech Republic and Switzerland rounded off the top 5. 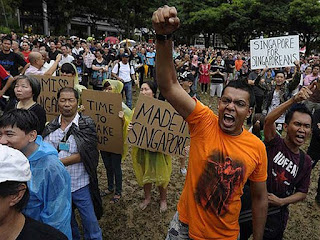 We’re seeing some troubling figures on the local employment front, but not to worry folks because Singapore is a magnet for expats.

For degree holders, unemployed has soared to 4.3 percent as of June, according to statistics from the Manpower Ministry.


That’s the highest it’s been since 2009, which you might recall was the time of the Wall Street meltdown that turned markets across the world on their heads.

Only 37% of Singaporeans want to live in Singapore 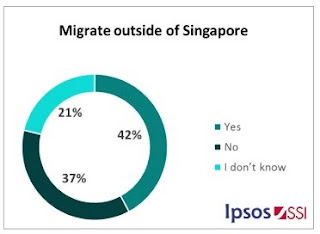 Surveying 1,050 Singaporeans, only 22% endorse freedom of speech and 14% believe freedom of media is important. Such freedom are valued most by younger Singaporeans aged between 18-29 years old (30%), and elderly at retirement age between 60-69 years old (22%).

Although Singapore’s education system is widely boasted as one of the best in the world, only 24% of the surveyed said they rather have their children educated in Singapore while 56% hope to send their children overseas.

42% of Singaporeans want to Migrate 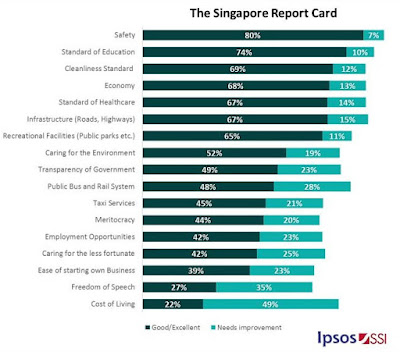 Although Singaporeans rated Safety (80%), Standard of Education (69%) and the Economy (68%) in Singapore as Good/Excellent, 42% of Singaporeans will still choose to Migrate outside of Singapore if given the chance.

An online Ipsos and SSI study conducted among 1,050 Singaporeans to understand what Values and Ideals Singaporeans believe is important to Singapore as a country, found that over half of Singaporeans choose Honest & Transparent Government (72%), Safety (67%), Be Just & Fair to All (59%) and Being Progressive (52%) as the key values.

The 10 Best Countries for Expats 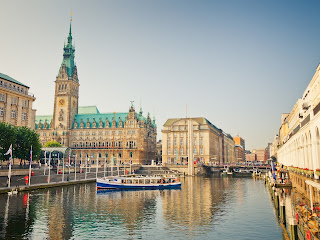 Germany - Survey respondents had an overwhelmingly positive experience with expat life in Germany, especially when it comes to economic 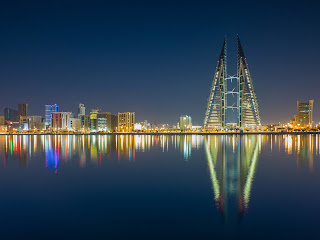 Bahrain - This island kingdom in the Persian Gulf makes the list, and it’s not only because of the lack of income taxes facilitated by vast oil 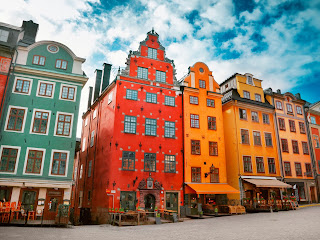 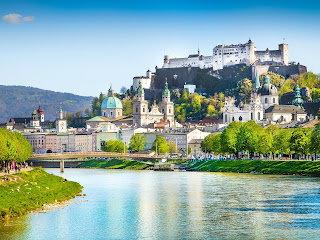 Austria - In a ranking of the best cities for expats released earlier this year by Mercer, Vienna came out on top for the seventh straight year 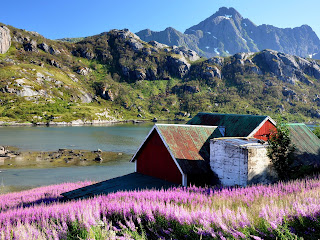 Norway - What would a top ten list be without Norway, that Scandinavian nation (population 5.2 million) consistently rated the best country in 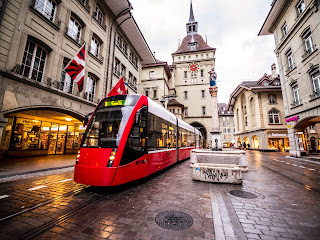 Switzerland - Money can't buy you happiness, but if it's what you're looking for, Switzerland is a pretty good place to start. When it comes to 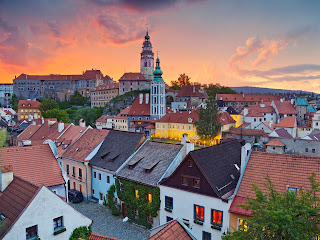 Czech Republic - The Czech Republic—or is it Czechia?—catapulted into the top five of HSBC's Expat Explorer results, up from 18th last year 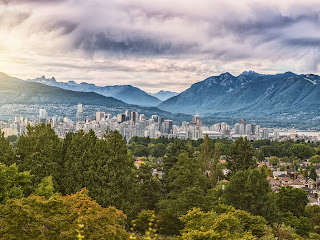 Canada - The only North American entry into the top 10—the U.S. sits way down at number 30—Canada is close to the top, with expats 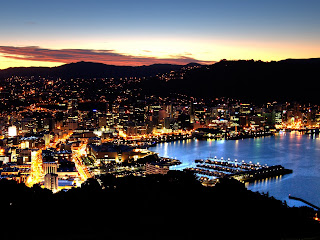 New Zealand - New Zealand comes in as the runner-up, largely in part to its number one spot in the "Experience" section of the survey 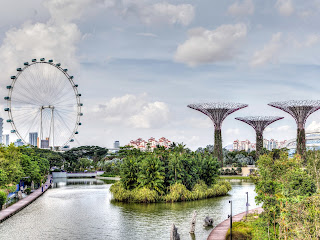 Singapore - The city-state of Singapore is officially the best country in the world to live and work in as an expat. Stability is a major concern while 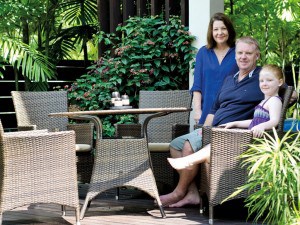 Singapore Is The World’s Most Expensive City 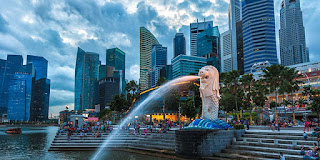 Singapore took the Top Spot in the ranking from the Economist Intelligence Unit for the 3rd year running, followed by Zurich and Hong Kong, according to the report.

The survey compared more than 400 individual prices across 160 products and services in each city. The index does not include the cost of shelter, which may explain why San Francisco’s red-hot housing market did not put the California city on the list.

“Even if the cost of living in, say, New York didn’t rise much for New Yorkers over the past 12 months, the survey will show that New York became more expensive because the dollar strengthened, raising prices of goods and services relative to other countries,” the newspaper reported.

related:
S’pore is best country to live for expats for 4th year running
Singapore in bottom 10 of countries tackling inequality
Singapore still the best country for expats
Singapore: Best Place to Live and Work
A Political Elite Class in Singapore?
Social class divide among Singaporeans
Singapore is the world's most expensive city 2018
Singapore ranked 34th in World Happiness Report 2018
What is happening in ‘Clean’ Singapore?
The Surprising Truth About The Homeless In Singapore
Tent Village: Singapore’s nomad families
Why do people hate Singapore?

Singapore: Best Place to Live and Work
Plight Of The Tissue Peddlers
Collecting Cardboards "form of exercise & protecting our environment"
Have you ever Spoken to a Cardboard Uncle or Aunty?
Singapore’s Story: What comes next
Singapore at 50: From swamp to skyscrapers
Singapore Good Old Times
The Poor & Homeless in Singapore
Support for the Needy and Elderly
The Singapore Story
Other Side of The Singapore Story
ChasingThe Singapore Dream
To Be Or Not To Be Singaporeans
Longing for the good old days
Singapore: A Sampan or a Cruise ship?
Singapore at 50: From swamp to skyscrapers
Singapore is ‘World’s Costliest City To Live In’
Coping with Inflation & Cost Of Living
COL goes Up, Up, Up!
Singapore “Swiss” Standard of Living
Tackling poverty the 'kuih lapis' way
Callings for a Poverty Line
Setting a poverty line may not be helpful
A minimum wage for Singapore?
No homeless,destitute starving people in S'pore:Poverty eradicated
Growing Up With Less
Singapore Is The World’s Most Expensive City
Singapore still the best country for expats
Posted by Under The Angsana Tree at 00:03